Mombasa-Nairobi Gauge Railway Project: All you need to know 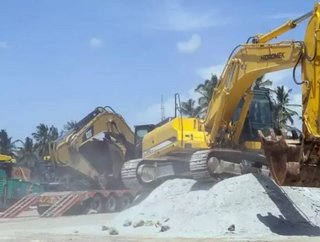 Constructed with financial support from China, Kenya Railways Corporation is behind the construction of the new railway line, connecting Mombasa to Nair...

Constructed with financial support from China, Kenya Railways Corporation is behind the construction of the new railway line, connecting Mombasa to Nairobi. The 472km line has created over 20,000 construction roles in the region and will provide a multitude of advantages to the region.

The development of the line will reduce the distance between the two cities to just four hours and has been met with acclaim in the development of infrastructure ties between China and Africa.

On their website, it is stated that “the Standard Gauge Railway project is proposed to connect Mombasa to Malaba on the border with Uganda and continue onward to Kampala, Uganda's capital city. It will further run to Kigali in Rwanda with a branch line to Juba in South Sudan. Branch lines along the route will extend to Kisumu, Kasese and Pakwach.”

“Kenya Railways Corporation is responsible for the construction of the 1,300km-long track inside Kenya from Mombasa to Malaba via Nairobi.”

China Road and Bridge Corporation, a subsidiary of China Communications Construction Co, are also behind the new development and will construct a number of freight terminals. The project has created over 40,000 construction roles and provided vital skills for approximately 20,000 workers.

The single-track railway incorporates eight underpasses and over 90 bridges, linking with existing networks and will become a new mode of transportation in the movement of both passengers and cargo, reducing time, cost, therefore increasing productivity and efficiency. Freight trains will travel at 80km/h on average, with a capacity of 216 TEUs.

With over 40 stations scheduled to be constructed, passenger trains will hold over 950 passengers, creating an efficient transport system, reducing congestion, increasing tourism and promoting economic growth.