Ontario, Canada will be developing their infrastructure through GO Rail Project. 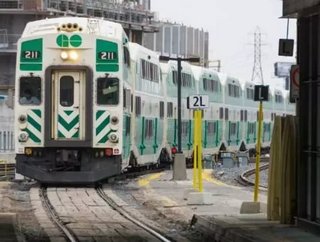 Through funding made available under theMoving Ontario Forwardplan, Ontario and Metrolinx have announced improvements to the Dufferin St. Bridge, as par...

Through funding made available under the Moving Ontario Forward plan, Ontario and Metrolinx have announced improvements to the Dufferin St. Bridge, as part of GO Regional Express Rail (RER).

Metrolinx is expanding the Dufferin St. Bridge at Queen St. in Toronto to accommodate the additional track needed for the Barrie GO corridor as part of the GO RER Program.

GO RER is a plan to provide faster and more frequent service on the GO Transit rail network with electrification on core segments, including the Union-Pearson (UP) Express. These service improvements will also help enable the City of Toronto's SmartTrack plan.

In addition, Metrolinx is partnering with the City of Toronto to extend the West Toronto Railpath multi-use trail to the West Queen West community. This extension will run along the existing rail corridor, connecting cyclists and pedestrians from Dupont St. to just east of Dufferin St. The Railpath will also connect to the future Dufferin-Peel Park that the City of Toronto is building.

The park will be a hub for West Toronto Railpath users, including cyclists and will include cycling amenities, landscaping, seating and terraces.

Minister of Transportation, Steven Del Duca added, “As our city grows, we need everyone to be able to move around quickly, safely and efficiently. Working with our provincial partners, these improvements to the Dufferin Bridge will help more Toronto residents get downtown on SmartTrack and GO RER.

It will allow for the extension of the vital cycling and pedestrian corridor along the West Toronto Railpath and it will create a great new public park that will contribute to the quality of life for local residents.”