Qatar has “best labour laws in Gulf” according to union body 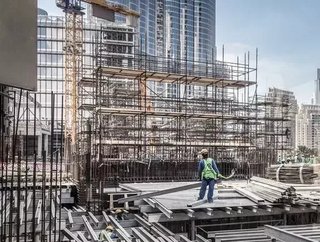 Recent, labour laws in Qatar have been changed in favour of workers’ rights in the nation. An unfavourable sponsored-labour system known as “kafala” has been phased out in the Gulf state which has unlocked new laws for workers.

The new laws have a focus on migrant workers, enabling them to leave their jobs without first getting permission from employers.

Furthermore, the first minimum wage has been introduced in the Gulf states. This has been described by the International Trade Union Confederation (ITUC) as a “historic milestone”.

Thanks to the introduction of the minimum wage, approximately one-fifth of labour workers will receive an extra 1000 Qatar riyals a month, which equated to $274. In addition, an extra 800 riyals ($219.20) will be given to workers to cover food and accommodation costs.

A short while before the new laws came into effect, campaigners Human Rights Watch (HRW) released a report explaining the exploitation of migrant workers.

The move has been welcomed by many. One of these is is Stephen Cockburn from Amnesty International, who said: “We welcome the enactment of these laws, and now call on the Qatari authorities to ensure they are swiftly and properly implemented”.

ITUC’s General Secretary, Sharan Burrow, said: “It’s really good news and does set up workers with real protection. The culmination around a series of legal changes happened with the abolition of non-objection certificates, which means workers in a normalised industrial context can change jobs.

“The second reform is the minimum wage. This is really good because one of the first findings for us was to find there was basically a race-based system of wages.

“So if you were a Nepali you were paid in the main much less than if you were an Indian worker, and so in. Some of it was aligned to skills but not defined. And there was no non-discriminatory wage base, now there is.

“The minimum wage is set at a good rate in the current environment and pretty much what we asked for. The accommodation standards are vastly different in that country now to what they were when we started. If you look at the transition into better accommodation, it’s impressive in the time frame.”

The move labour reforms in the state apply for the construction industry, in addition to domestic and agricultural workers.