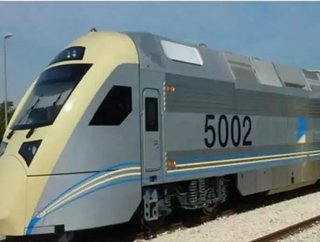 The Saudi Railways Organization (SRO) is working on a SR365 billion (&pound;58bn) strategic plan for developing the railway network in the Kingdom and i...

The Saudi Railways Organization (SRO) is working on a SR365 billion (£58bn) strategic plan for developing the railway network in the Kingdom and implementing several projects to interlink the country's provinces by the year 2040.

The main objective of the Saudi Railway Master Plan 2010 - 2040 (SRMP) is to have a conceptual framework in place for the long term development of a future passenger and freight transport network for the Kingdom spanning 9,900km with 19 lines.

The Haramain high speed railway and a north-south line are currently under construction, and a line connecting Jeddah to Riyadh is set to begin soon. Work on the railway link between Gulf countries is also expected to commence soon.

Muhammad Al-Suwaiket, SRO president, said the state-owned organisation is working to rectify the poor performance of lines between Dammam and Al-Ahsa through Abqaiq by redeveloping internal departments.

“The organization seeks to maintain passenger safety and build a good reputation by implementing plans over the next 20 years to cover all major cities of the Kingdom,” he said.

“We will review and redesign training programs for operating trains with the help of international, specialized institutions. The huge GCC railway project will start from Kuwait and go through the Kingdom, Bahrain, Qatar and the United Arab Emirates, ending in Oman.