Smart cities will use 1.6 billion connected things in 2016 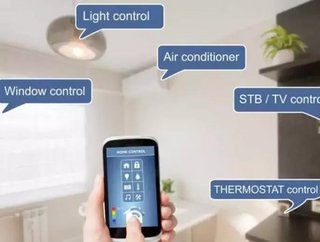 Gartner, Inc. estimates that 1.6 billion connected things will be used by smart cities in 2016, an increase of 39 percent from 2015. Bettina Tratz-Ryan...

Gartner, Inc. estimates that 1.6 billion connected things will be used by smart cities in 2016, an increase of 39 percent from 2015.

Bettina Tratz-Ryan, Research Vice President at Gatner said: "Smart commercial buildings will be the highest user of Internet of Things (IoT) until 2017, after which smart homes will take the lead with just over 1 billion connected things in 2018.”

Commercial real estate benefits greatly from IoT implementation. IoT creates a unified view of facilities management as well as advanced service operations through the collection of data and insights from a multitude of sensors. "Especially in large sites, such as industrial zones, office parks, shopping malls, airports or seaports, IoT can help reduce the cost of energy, spatial management and building maintenance by up to 30 percent," added Tratz-Ryan.

In 2016 the growth will be down to security systems and LED lighting in commercial buildings, which will account for around 24% of IoT in smart cities.

In smart homes, the consumer IoT applications that are fuelling growth are smart TVs, smart set-top boxes, smart bulbs and various home automation tools such as smart thermostats, home security systems and kitchen appliances. Tratz-Ryan said: "The growing maturity of smart home platforms through an ecosystem of home appliances, infotainment and home sensors will mean that smart home investments overtake those of commercial buildings in 2018.”

Smart homes will represent 21 percent of total IoT use in smart cities in 2016, and will record the highest increase over the next five years. "Device and wireless standards will be embedded in more devices. Homes will move from being interconnected to information- and smart-enabled — an integrated services environment that will provide value to the home and the individual ambience," added Ms. Tratz-Ryan.