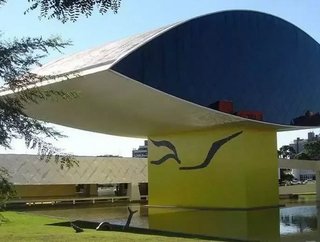 The Metropolitan Museum of Art boasts a storied architectural history. Originally built in a High Victorian Gothic style with red-brick and stone, the museum was initially unpopular. Twenty years after its completion, the building was already being redesigned. This led to the now well-known Beaux-Arts facade on Fifth Avenue.

One of the largest museums in the world, the State Hermitage is actually a museum complex formed of six buildings, five of which are open to the public. The most iconic of these is the Winter Palace, the former residence of the Russian monarchy.

In 1837, much of the palace was destroyed by a fire that spread undetected through the concealed and disused fireplaces of the building. As the Tsar had ordered the rebuilding to be completed within a year, the fire was followed by a ruthless campaign of rapid reconstruction, in which workers were said to have perished every day.

One of the most well-known museums in the world, Le Louvre is a building with a long history.

Originally a 12th century fortress built by Philip II, it was extended many times into what became the Louvre Palace. For several hundred years Le Louvre continued to be a palatial home for France’s royalty, until 1682, when Louis XIV choose to live at the Palace of Versailles.

It was not until 10 August 1793, on the first anniversary of the fall of the French monarchy, that the building was opened as a museum to the public, the contents largely being composed of items from the former royal collection.

Nowadays, the museum is known for the glass pyramid that stands over the entrance in the main court, which was completed in 1989.

Technically one of the oldest museums in China, this museum was originally located in the city of Kaifeng, and its establishment coincided with a political push towards culture and education in the 1920s. In 1927, General Feng Yuxiang, who was the chairman of Henan province at the time, made the famous declaration: “education is the essential politics for a country (jiaoyu wei liguo genben yao zheng - 教育为立国根本要政)”, and thus the museum was set up a month later.

In 1961, the museum was moved to a new site in Zhengzhou, where we now see its distinctive pyramid architecture.

Occupying an area of over 100,000 square meters, it is also one of the largest museums in China.

This building, now one of the most popular tourist attractions in Florence, takes the name ‘Uffizi’ from the Italian word for ‘offices’. This is because originally, it was designed to serve as the offices of the Florentine magistrates.

The long and thin courtyard between the two wings of the building is recognised by architectural historians as the first regularized streetscape in Europe.

Found within Tokyo’s Ueno Park, this museum is the largest art museum in Japan.

The museum is formed primarily of the five exhibition buildings. The main gallery was originally designed by a British architect, and consequently had a more Western style. Following the Great Kanto Earthquake of 1923 however, and was rebuilt by a Japanese architect in the more traditional ‘emperor’s crown’ style.

One of the most visually striking and widely praised buildings on the list, the Guggenheim Museum in Bilbao, Spain is perhaps one of the most abstract pieces of architecture to be found.

The curved outer walls are intended to appear random and spontaneous, with some arguing that the building resembles a ship. Others have pointed out that the reflective panels of the exterior shimmer in the sunlight, resembling fish scales.

The Guggenheim Museum has attracted praise for its innovation from a number of sources, being called “an astonishing architectural feat” by The Independent.

The second Parisian museum featured on the list, the Centre Georges Pompidou is in many ways the opposite of Le Louvre. Unlike the former palace, this museum is an entirely modern creation.

Strikingly, many of the functional elements of the building such as the water pipes, escalators and air conditioning are located on the exterior, housed in colour-coded pipes and frames.

Whilst controversial, many have praised the modern design of the centre as a step away from elitism, with the jury of the 2007 Pritzker Prize holding it responsible for “transforming what had once been elite monuments in popular places of social and cultural exchange”.

Vietnam’s capital is home to one of the most immediately compelling museums on the list. The Hanoi Museum is shaped into an inverted sectional pyramid, meant to resemble a lotus at nighttime.

Opened in 2010, the Hanoi Museum is also one of the youngest on the list, and boasts nearly 54,000 square meters of floor space.

This museum is named after its creator, the famous Brazilian architect who actually completed the gallery at the age of 95.

The building is truly a feat of engineering, with the 2,000 square gallery appearing to be precariously balanced on a 60-foot yellow pillar.

The gallery itself has come to be known as the Museu do Olho, or the Museum of The Eye, due to its remarkable form which evokes the image of a gigantic eye being suspended in the air.