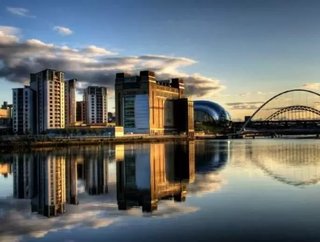 Figures released today reveal that planned spending on transport infrastructure in the North of England could increase by up to five times if an investm...

Figures released today reveal that planned spending on transport infrastructure in the North of England could increase by up to five times if an investment plan unveiled this week gets the go ahead.

If the plan - ‘One North: A Proposition for an interconnected North’ - is given the green light, this figure would quintuple to £15 billion over the next 15 years.

The report, which has been formulated by a coalition of key northern cities including Manchester, Liverpool, Leeds, Newcastle and Sheffield, is a direct response to HS2 chairman Sir David Higgins’ original report, HS2 Plus, and the Chancellor George Osborne in his ‘Northern Powerhouse’ speech on 23 June.

It was presented at a press conference at Manchester's Beetham Tower this week (5 August) and described by the Chancellor as "affordable" and a “centrepiece" of his Autumn Statement.

Michael Dall, Lead Economist at Barbour ABI, said: “These figures clearly demonstrate the economic benefit the One North plan could bring to the North of England, creating much-needed growth and jobs and a transport infrastructure to rival that of London and the South East.

“It’s also worth remembering that these plans do not include the northern phase of HS2 worth £21.2 billion, which would undoubtedly be a game changer if it goes ahead.”