Conquering Complacency in Construction: The Importance of Being Earnest 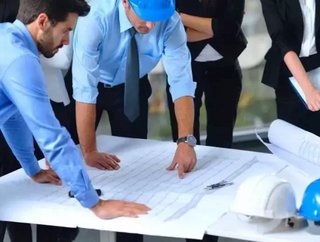 In the United Kingdom, the global recession seems to be over and the construction industry has experienced 16 months of sustained growth. However, this...

In the United Kingdom, the global recession seems to be over and the construction industry has experienced 16 months of sustained growth. However, this means that it is now starting to experience problems usually associated with a boom; sub-contractor prices increasing, increasing delivery times for materials and a shortage of skilled labour.

In the current economic climate, clients are eager to start construction on site and financiers are equally keen to lend them money.  What both clients and financiers seem to forget, however, is that it might be prudent to have a signed building contract recording what has been agreed upon before they are about to start on site.  When they do realise this oversight and contact me, I am usually advised that the contract is agreed.  Yet it is only when I start to ask about insurances, liquidated damages, commencement and completion dates, that it becomes apparent that there has been some misunderstanding, despite the rest of the project team seeming to be eternal optimists who are sure that the project will be alright.

For example, a theatre group recently contacted me wanting to check over a contract which had already been agreed.  They had a six week slot to carry out refurbishment works; the only problem was, I soon discovered, that their chosen contractor had priced the job working to a 12-week programme.  As a consequence, the stage set for their production of ‘The Importance of Being Earnest’ would have been on a building site!

This lack of foresight leads to the inevitable ‘letter of intent’ which is always a potential source of dispute, ample evidence of which can be found in the law reports from the Technology and Contraction Court. If a letter of intent is to be anything other than a mere statement of future intent without any contractual obligation then it needs to deal with the same issues as a building contract: what work is to be carried out under the letter and what price is to be paid for it? What valuation and payment procedures are to be adopted?

If materials are to be ordered when do they become the property of the employer and when does risk pass to the employer? How are the obligations under the letter to be terminated or cease to be of effect?  What insurance is to be effected and what liabilities do the parties have to each other?  On what basis does the contractor occupy the site? What are the dispute resolution procedures?

This may seem that lawyers are being earnest about the contractual paper work and therefore generally obstructive when everyone else wants to get on with the project, but at least one of my clients was good deal happier after they telephoned last Friday; his contractor had gone into administration and what could he do?  I was able to tell him that they did have a signed contract and collateral warranties and advised him of what could be done as a result.

My assistant and I spent a good deal of time prior to this exercising step-in-rights in consultant and sub-contractor warranties, securing the site and issuing withholding notices so no further payments were due to the, now insolvent, contractor, but it was a good deal easier and the delay to the project was minimised compared to the problems we would have had if there had been no contract at all.

And why had this unfortunate contractor become insolvent?  Apparently he had underestimated his material costs and sub-contractor rates when tendering for the project six months ago!