Construction firms ‘most optimistic’ about economy and Brexit, research shows 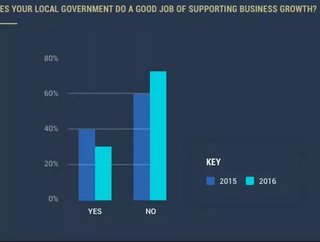 The construction industry is more optimistic about the economy this year than other sectors after experiencing a less negative impact from Brexit - that...

The construction industry is more optimistic about the economy this year than other sectors after experiencing a less negative impact from Brexit - that’s according to the findings of a newly published Business Census 2017 report.

The annual survey of 1,300 firms, carried out by the business data website Company Check during November and December, revealed that more than half (66 percent) were optimistic about the UK economy in 2017, higher than any other major industry in the survey.

That figure compared to 63 percent in professional services, 59 percent in manufacturing and 49 percent in tech. Only the food and drink industry was higher, yet accounting for just 4 percent of all companies questioned.

When asked about Brexit, just a quarter of construction firms said the vote to leave had had a negative impact on their business. 11 percent said the impact had been positive while 61 percent said it had made no difference; higher than any other.

Katie Deverill, from Company Check, said: “The Business Census lets us ‘take the temperature’ of the UK’s construction industry to understand the big challenges they’re going to be facing during the next 12 months. The findings show Brexit hasn’t had the chilling effect that it’s had in other areas, with high levels of optimism for the year ahead.

“However, there’s also high levels of disaffection with local authorities when it comes to them supporting and nurturing business growth. The powers that be should take note of these figures and recognise that something in the current system just isn’t working.”

Compared to 64 percent of construction companies who said they grew in 2016, 74 percent said they expected to grow this year. Across all industries that figure was 73 percent While just 18 percent said they feared economic decline next year, making it the most optimistic industry.

Construction Industry Council Chairman Prof John Nolan has commented on these results saying, “I am not at all surprised by these figures. My practice registered a substantial boom in new enquiries immediately following the EU referendum result and that level of increased enquires has continued. Most of my peers in Built Environment Professions have also reported an increase in enquires. Our biggest concern now is finding sufficient quality staff to meet this increased demand.”

More businesses in construction said they were affected by the issue of recruitment last year than any other industry (25 percent) and the same is true for 2017, albeit at a lower 14 percent.

34 percent said the economy was the biggest concern this year, while 30 percent said politics. Nationally, concerns about political events almost doubled compared to 2016 for all sectors, with it being named the biggest challenge ahead by one in three (30 percent) an increase of 90 percent on the year before.

When asked whether they thought local government was doing a good job of supporting business growth, just a quarter of construction firms said ‘yes’. This compares to 44 percent in finance, 35 percent in professional services and 33 percent in tech.