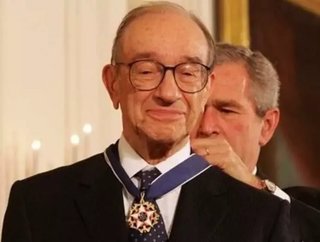 Former Federal Reserve Chairman Alan Greenspan has claimed the economic rebound in the US is being held back by a slump in the construction industry.At...

Former Federal Reserve Chairman Alan Greenspan has claimed the economic rebound in the US is being held back by a slump in the construction industry.

At a New York insurance conference yesterday he said: “What we see is that construction is dead in the water,” contrasting this situation with other post-World War 2 recoveries as “every single one of them was led by construction or longer-lived assets.”

The construction industry’s recovery from financial crisis has been challenged by slow wage growth and difficulty in obtaining credit, making many Americans unable to purchase homes. Commerce data showed housing starts at a 1.09 million annualised rate in July, comparing poorly the the 20-year average of about 1.35 million.

Greenspan, 88, who served as Fed Chairman from 1987 to 2006, claimed doubts about the future, including uncertainty over tax rates, have dissuaded businesses from deploying capital.

“What they are saying is ‘we are so uncertain about the distant future that we are not going to invest’”, he said.

The Fed has kept its benchmark rate close to zero since the onset of the financial downturn in 2008 with the aim of sparking economic growth. Greenspan said that while interest rates and inflation would eventually rise, he was unsure when it would occur.

Since leaving the Fed, Greenspan has served as Senior Advisor to Deutsche Bank and an Advisor to hedge-fund Paulson and Co.