How to bridge the construction skills gap 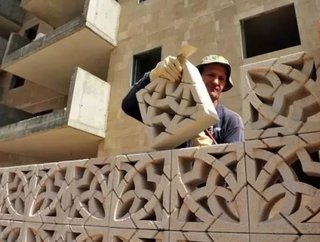 If you are a construction worker or a company that employs such workers, you may be concerned about where the industry is heading.You may also wonder ab...

If you are a construction worker or a company that employs such workers, you may be concerned about where the industry is heading.

You may also wonder about the current trends and what it will mean for you in the next year or in five or 10 years.

Depleted inventory in the housing market has caused an increase in new builds in the past few years. The numbers have not reached pre-recession figures, but they are on an upswing.

The good news is that construction projects are not limited to new homes, but also include nonresidential and public structures.

This increase in building has led to new jobs for construction workers.

In fact, statistics show that around 300,000 new jobs have been created in the past year. Private construction is growing while multifamily residential and office buildings have also seen increases.

At the same time as the industry is growing, costs are shrinking.

The price of materials dropped while credit constraints have loosened for construction companies. What this means for businesses is that they have more resources to continue building.

However, not all areas show such good numbers.

Some industries that impact construction have seen prices increase, including natural gas and concrete.

One of the biggest benefits of an improved industry is more jobs. However, many of these companies are finding it difficult to obtain skilled workers.

Statistics show that 90% of companies are hiring new workers. While the number of new positions is small, often only one-fourth of the total work force, many of the companies are having trouble staffing the positions.

According to the article, Is There a Shortage of Construction Workers? one of the issues is that many workers who lost their jobs in the economic downturn moved on to new careers. They couldn't wait for the industry to pick up, so they put their talents to use elsewhere and won't be returning to construction.

Craft workers and supervisory and management positions seem to have the shortest supply. Even though reports indicate that many construction workers are still looking for jobs, they may not be skilled in the areas where they are needed.

Another issue seems to be that they live in areas that have not seen the level of growth that other regions have.

Companies are battling this problem by increasing rates or by improving benefits provided to employees. They are hoping to attract more skilled personnel to allow them to compete in this growing industry.

As the housing industry continues to recover, the impact will be seen in the construction fields. Not only will more homes be built, but more businesses will be constructed as the economy slowly improves.

Construction companies will continue to battle to find the best workers to take advantage of the need for new buildings.

Joyce Morse is an author who writes on a variety of topics, including careers and finance.