How will the UK General Election impact the construction industry? 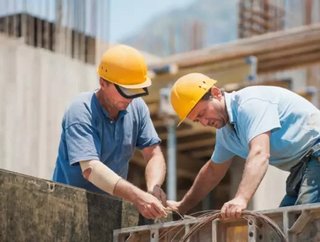 The snap General Election called by Theresa May led to much speculation about how it will affect various industries, and the construction sector is no d...

The snap General Election called by Theresa May led to much speculation about how it will affect various industries, and the construction sector is no different.

Depending on the result, and how it will tie in with issues including the UK’s impending exit from the European Union, many different aspects of the industry will potentially be impacted in different ways.

On one hand, the momentum seen with high-speed rail, highways and other infrastructure projects in recent years could see the new or existing government building a case for speeding up delivery.

Committing to these schemes could lead to the next generation of construction staff being trained and an investment in STEM skills needed to deliver it.

With 80 per cent of the construction industry being of the opinion that the public is not aware of the role it plays, shaping this understanding can help to enable growth.

With Brexit very much still on the agenda, the new government will need to take a joined-up approach that can facilitate the connection between infrastructure investment and economic growth.

From a short-term perspective, it can be argued that a General Election creates slightly more uncertainty and speculation for the UK economy as a whole, which has been evidenced by the fluctuations in the value of the pound, but with 2017 being a fourth consecutive year of elections or referendums, the country is now more used to adapting to widescale changes.

A brief hiatus in signing new public sector contracts has been witnessed in some areas, but with the summer season in swing this has had little impact on activity at ground level, due to most contracts being signed in advance.

Initial reaction was that larger projects such as HS2, Hinkley Point C and even Thames Tideway would undergo little impact as work does not begin in earnest for another year, but some schemes have been referenced outright in campaign manifestos.

As part of its manifesto, Labour has vowed to create a new department aimed at tackling the UK’s housing problem, as well as extending HS2 to Scotland and also ensure Crossrail 2 is built.

Conversely, the Conservatives have left out a commitment to Crossrail 2 from their manifesto, but did outline plans to raise the cost of hiring foreign workers.

Brexit negotiations have been a focal point of campaigns, and for the construction sector a major priority is therefore ensuring the immigrations system enables the use of skilled labour where required.

From an economic perspective, market surveys across residential and commercial sectors alike have all revealed an acceptance of Brexit, but at the same time there is ongoing concern about deferral of major investment and recruitment plans, which will likely calm once the election dust has settled.

Regardless of the election result, there will need to be a narrowing of the construction skills gap, with the new administration reinforcing the importance of the construction industry to the country’s overall wellbeing, and how its ongoing modernisation can contribution to the growth in UK companies.

After the General Election was announced, businesses immediately called for the political parties to offer assurances that they would support economic stability and prosperity over the next four or five years, and beyond.

At the same time, the industry has asked for the new government to ensure that improving UK productivity and navigating a prosperous exit from the EU are kept as high priorities.

This will enable businesses within the construction industry and other sectors to continue trading with the UK’s European neighbours and also seek out new opportunities, fostering an environment for future productivity.