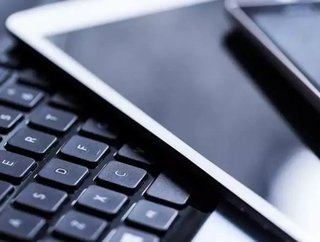 New research suggests that seven in ten (70%) architecture, engineering and construction (AEC) firms in the UK feel that the deluge of project informati...

New research suggests that seven in ten (70%) architecture, engineering and construction (AEC) firms in the UK feel that the deluge of project information is holding them back from effective collaboration. Worse still, only 4% of construction managers say their organisations are collaborating highly effectively and see no major need for improvement. Conducted by Vanson Bourne and commissioned by Newforma, the research highlights the rapid growth of information volume, largely due to the adoption of new technologies, as a key barrier to project collaboration.

Whilse the rising adoption of devices is facilitating faster exchanges and communication between workers in the field, it also increases the options being used for information storage. As individual teams continue to use their own internal systems and preferred storage processes, the information generated on projects ends up in siloes.

Interestingly, despite widespread use of technology across all segments of the AEC industry, the biggest driver of information sharing on construction projects comes from traditional sources. Around four in ten (43%) of respondents identify face-to-face meetings as the biggest source, followed by email communications which is cited by 30% of respondents.

Commenting on the findings, Paul Daynes, regional director, UK and Northern Europe, Newforma, said, “It is critical for AEC firms to ensure they have a way to manage the growth of information resulting from the increasing use of technology and the complexity of today’s project environments. Not doing so increases the risk of delays and cost overruns when individuals work from outdated plans and specs, fail to factor key input to a decision, or neglect to act upon decisions made. Given the rapid rise of project information, it’s no surprise to see a strong correlation with low reported levels of collaboration.”


The research was released at the Digital Construction Show, taking place in London on 21st and 22nd October.