The skyscraper of the future won't cast a shadow 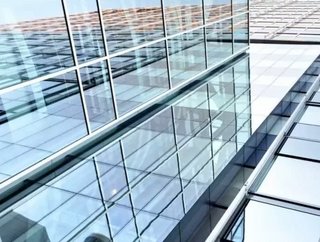 Growing cities around the world are going up rather than out, leading to taller and taller skyscrapers. The new era of the mega-skyscraper has bought a...

Growing cities around the world are going up rather than out, leading to taller and taller skyscrapers. The new era of the mega-skyscraper has bought a more efficient way of building homes, offices and retail malls, but has also cast a shadow (quite literally) on the streets below, much to the ire of people living and working below. The solution: buildings that work together to reflect light and thus minimise shade on the ground. This new architectural marvel could mean that we no longer have to live in the shadows of big business.

About 250 skyscrapers are slated to redraw London’s skyline in the near future - each with its own dark imprint on the streets below - so architects at the firm NBBJ decided to see if they could come up with an entirely shadowless building.

The London-based firm used computer modelling to design a pair of buildings, one of which works like a gigantic, curved mirror. The glass surface of the northernmost building reflects light down into the shadow cast by its southern partner. And the carefully defined curve of that glass allows the reflected light to follow the shadow throughout the day. Note that the reflected light is diffused so it won’t burn or blind those on the ground. “The relationship between the sun and shadow is the relationship between the two buildings,” says Christian Coop, NBBJ’s design director.

To come up with that shape, the architects entered various building requirements - like footprints for office and living space - into design software called Rhinoceros. Then they told the program to generate designs that maximize the light reflected onto the ground. The computer tests out every possible shape and delivers the best ones. After several iterations, they finally got a shape they liked. The final design, with a thin base expanding as it climbs, reduces shade by up to 60 percent.

The architects designed this particular concept as a potential pair of towers in Greenwich, England, right on the Prime Meridian. But Coop points out that the software can be used to build any skyscraper anywhere. All you need to do is change the inputs: when and where the sun passes overhead at your location. The approach could be helpful in places like New York, where residents have resisted the construction of several new skyscrapers that they say will plunge Central Park into shadow. And it’ll be useful in developing countries like China and India, where new skyscrapers are going up at a rapid pace. “More skyscrapers is something of an inevitability,” says Daniel Safarik, a spokesperson at the Council of Tall Buildings and Urban Habitat. “We’re not going back to an agrarian lifestyle.”

Although the idea of reflecting sunlight to brighten up shadows isn’t new (it’s even been used to light up an entire town), more of these kinds of designs are still needed. Sydney’s One Central Park has moveable mirrors that reflect light onto shaded areas below or block the sun during the hot summer. And in November, the Council on Tall Buildings and Urban Habitat named the 363-foot high structure the best tall building in the world. “It’s definitely high time for this type of design to be baked into the building so it can play well with the environment,” Safarik says. “It should be standard practice.” Maybe soon, every tall building will brighten up your day.