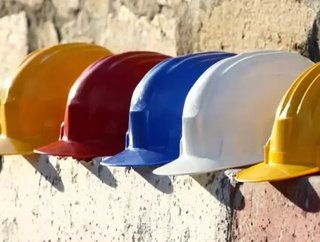 A new study has revealed that those working in the construction, hospitality and retail industries are the most likely to socialise and find life-long f...

A new study has revealed that those working in the construction, hospitality and retail industries are the most likely to socialise and find life-long friends with individuals they’ve met through their jobs. Furthermore, of those polled, just under a fifth of respondents had met their current or a previous partner through their job.

A team of researchers at a leading business insurance website in the UK has undertaken a new study in a bid to reveal the industries in the UK in which colleagues are most likely to form friendships and engage in the most active social lives.

The poll, conducted by www.constructaquote.com questioned a total of 2,792 UK based individuals for purposes of the research. Each participant taking part currently works full-time (30 hours +), covering a wide range of industries.

Respondents were initially asked if they considered themselves a sociable person whilst at work, with the vast majority (73%) agreeing. Of these participants, 49% stated that they indulge in nights out or social activities with their colleagues at least once a month, with a further 13% admitting their answer was closer to once a week.

Individuals were then asked if they had made any acquaintances whilst at work that had gone on to become a true friend, with the majority (69%) stating that this has happened to them at least once since they’d started their current job.

The industries in which people were most likely to make true friends as a result of their jobs emerged as follows:

Next, workers were given an extensive list of answers and asked to pick those which outline why they’ve formed strong bonds with the co-workers. The most popular answers given by respondents emerged as follows:

When asked whether they had ever engaged in any romantic partnerships with someone they had met whilst working in their job, just under a fifth (19%) of participants revealed that they had done, with 74% of these individuals still currently involved with a person they’ve met through their job.

Lyndon Wood, CEO and Creator of www.constructaquote.com made the following comments regarding the findings of the study:

“Let’s face it, we definitely spend more time with our co-workers than our partners, family members or children, and I truly believe that having colleagues that you can have a laugh with and go out for a few drinks on a Friday night is really key to job satisfaction. Not only will having strong friendships at work help ease any stress or pressure that might come alongside your job, they also make it less likely you will want to leave your company.”

“The findings that those working in construction, hospitality and retail are the most likely to form the strongest friendships with colleagues is not a massive surprise. These are three industries in which communication and working well together are vital components in ensuring work is carried out effectively.”