Three in five construction workers don’t have an employment contract 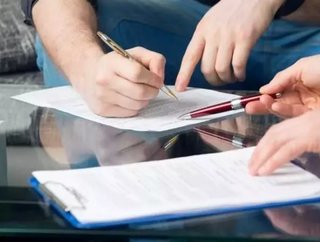 More than 60% of construction workers polled byconstructaquote.comadmitted that they didnt have an employment contract and a further 20% said that they...

More than 60% of construction workers polled by constructaquote.com admitted that they didn’t have an employment contract and a further 20% said that they weren’t sure whether they did have a contract or not.

The study, which polled more than 1000* UK adults who work in the construction industry, also questioned the respondents about their annual leave entitlement and sick leave.

Four out of five (82%) revealed that they did not receive any sick pay from their employer and 86% don’t get any paid annual leave. When asked if they get paid if the weather stopped them from working, only 12% said that they did, with a further 4% stating that it would depend on the circumstances.

When asked if they considered themselves to be on a zero-hour contract, only 16% admitted that they did, with more than three quarters (76%) stating that they don’t have any kind of contract and that they just turn up for work. Furthermore, when asked if they would prefer to be on a zero-hours contract or have an employment contract, the majority (68%) would opt for an employment contract.

The new study comes after the Office for National Statistics revealed that the number of UK workers on zero-hours contracts has risen by 19%.

Lyndon Wood, CEO of constructaquote.com, said: “Our survey reveals that zero-hour contracts are customary in the construction industry. The majority of those we polled told us that they did not receive any sick pay or paid annual leave – which I think is a worrying statistic as many of our tradespeople are out in all weathers keeping the UK economy ticking over.

“I also think it is very telling that just under three quarters said that they would prefer to have a written employment contract and that 76% just turn up for work, with no contract in place. Working in the trades without any form of written contract has been the way the industry has worked for years, but as this study has shown - maybe it is time for change.”