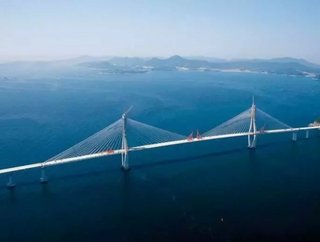 Having held the same position at another Vinci subsidiary, consultant firm Soletanche Freyssinet, he has now taken the place of John Stanion, who has retired after being with the company for 22 years.

Dupety has been with Vinci since 1999 when he signed on as a civil engineer and alongside heading up Soletanche Freyssinet he was also executive vice president of VInci Construction in his most recent role.

According to US magazine Engineering New-Record, Vinci is the only non-Chinese company to breach the global top five highest-earning contractors, posting revenues of $54.1 billion for 2013.

Seven of the top 20 companies are Chinese, with the likes of Vinci having to compete to get on the list with the enormous domestic market seen in China. This is fuelled by an ongoing massive infrastructure and rail programme.

Vinci Construction brings in half its sales in France but is pressing for greater international dealings, according to recently appointed chief executive Jérôme Stubler.

Part of his plan is to develop a network of regional subsidiaries, of which the UK is one, each carrying out work on a general contracting basis. Dupety will thus have an important role to play in this development.