Automaton in the construction sector 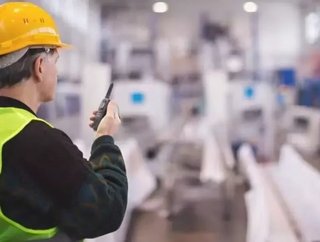 With the increase of new technologies such as drones and building information technology there are continual concerns with how the construction industry...

With the increase of new technologies such as drones and building information technology there are continual concerns with how the construction industry, or most notably its workers, will have to adapt its traditional operations with the rise of automation, along with encountering potential job losses through a steady rise of mechanised working, according to a new study.

Roles set for automation within Germany’s construction sector is set to rise, with a high level of roles based around repetitive, manual focused work, in comparison to countries, such as the UK and Japan, where there is a steep increase in consulting and management roles which require orientated and collaborative thinking.

In addition, an increase new technologies will create new roles which will help shape and modify current operations which will reduce costs, provide increased data and analytics, sufficient time saving and ultimately, help the production of high quality builds. These cost efficiencies will then be able to become embedded within other areas of the construction and building sector, or alter existing roles within company structures, instead of eradicating them completely.

An increase in training to adapt to new processes or embrace new ones against an ageing industry will therefore become another challenge, where 182,000 roles will be needed to be filled by 2018 as a result of increased labour shortages, according to the Guardian. The industry is currently employing 324,000 less workers than in 2008 against an increased demand for housing and ongoing development of new and existing infrastructures.

However, Al Cervero, Senior Vice President, Construction, Mining & Utility, at the Association of Equipment Manufacturers (AEM) has said, "More and more construction companies are beginning to realize and appreciate the value of robots at the jobsite.”

"Robots not only increase precision but also improve working conditions from an ease and safety perspective. Unmanned and autonomous machines will soon become the norm.” Such automation will also promote health and safety in the workplace, eliminating dangerous roles from the workforce and ensuring efficiency within all processes.