BIM and its Effects on the Construction Industry 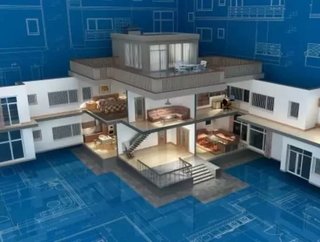 Building Information Modelling allows virtual 3D models of building to be created by designers and contractors which can then be shared with the entire...

Building Information Modelling allows virtual 3D models of building to be created by designers and contractors which can then be shared with the entire project team which will then aid in the understanding and delivery of the project.

This information consists of everything that goes into constructing and maintaining a building through its life cycle and will include construction programming, cost and facilities management data.

There are four levels of BIM (0-3), and the UK Government is targeting Level 2 BIM by 2016 on public procured projects over £5m in value. BIM Level 2 aims to allow the project teams to produce their own models to common standards, so that they can be exchanged and brought together using a proprietary IT system.

Both 4D and 5D (construction programming and cost modelling respectively) are key areas of BIM; and the aim is that the project team can fully understand the interface between construction, programme, and cost prior to any works commencing, with the aim of eliminating clashes and problems once the works have commenced.

The construction industry is looking at employers, contractors and the professional team to embrace BIM technology and to up-skill their staff and to take up the mantra for delivering projects using BIM. The National Building Specification (NBS) undertakes an annual survey of the sectors attitudes to BIM; currently we have no results for 2013; but based on the 2012 survey, the people using BIM tripled since 2010 to 39 percent.

There are some clients and contractors who are using BIM as the standard; it could be said that 15-20 years ago companies were asking “why make the investment in email?” now that it is a basic business tool. Whilst BIM is more complex than email, it will evolve and become the common tool for undertaking construction projects.

One of the most serious areas of concern over BIM is the implementation of the legal framework and its use on projects. One concern is that BIM has the potential of putting collaboration over project design, which will lead to project design liability being passed down the supply chain: the impact being that these suppliers might not have the design qualifications to be carrying out design in the first place.

NBS say that forcing project teams to complete full designs upfront prior to construction taking place, and creating a virtual environment where design clashes can be easily detected, will have the effect of reducing the overall risk to the project.

Some experts say that BIM is just a process that results in a digital model; it does not change the responsibilities of the various professionals working on the scheme. However as soon as BIM is being used collaboratively on real projects, it has to interface with the commercial reality of modern construction, thus inevitably, pinpointing someone to blame, when things do go wrong.

The BIM protocol is meant to alleviate these proposed challenges.

BIM’s future is dependent on the entire construction industry changing the way in which it procures and delivers projects; there are many obstacles which need to be overcome to ensure that BIM is the chosen model for delivering future public and private projects and open discussions across the entire project team are a prerequisite to ensuring that this happens.

Decipher CM is a construction management company based in Macclesfield, UK