Building Materials of the Future 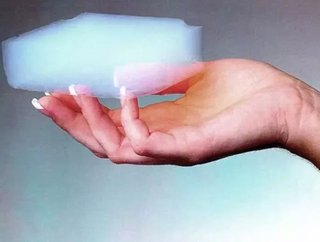 Youve heard of 3D printing, but how about going one better? Future constructions will add an extra dimension to the equation: time.MIT Architectures Sky...

You’ve heard of 3D printing, but how about going one better? Future constructions will add an extra dimension to the equation: time.

MIT Architecture’s Skylar Tibbits received a lot of attention and generated some hype last year when he told the Technology, Entertainment, Design conference of his plans for the Self-Assembly Lab at the Massachusetts Institute of Technology (MIT).

The trained architect, designer and computer scientist showed how 3D printed materials, themselves a relatively new phenomenon, can be given the fourth property of transformation.

Structures can be 3D printed and programmed to later transform their shape in response to movement or environmental factors, such as the presence of water, air, and/or temperature changes. No human interaction is required, and the transformation happens through passive energy, making it highly efficient.

Tibbits demonstrated the technology with a strip of material that assembled itself into a cube when coming onto contact with water and with beakers containing materials that self-formed into coherent shapes when shaken.

This showed importantly that random energy can be harnessed to create non-random shapes.

The ability to programme physical and biological materials to change shape, change properties and even compute could be extremely exciting for the construction industry.

Tibbits said the 4D technology could be used to combat the “major inefficiencies, energy consumption and excessive labour involved in elements of construction, and make it easier to build in extreme environments (including space or eventually even other planets) where construction is dangerous or overly expensive.

But what does this mean in real terms for the industry, and how could such technology be applied to the projects of today? The architect gave the example of the work that MIT is currently doing with Boston-based specialist consultants and engineering firm Geosyntec, with whom they are developing what Tibbits called “a new paradigm for piping.”

He invited the audience to imagine water pipes pre-programmed to expand or contract in order to change capacity or flow rate, or even undulate like muscular peristalsis to move the water themselves, based on current demand.

The potential is to save large amounts of money on pumps and valves, with a pipe that can adapt of its own accord.

While there is a way to go before 4D printing becomes a viable reality capable of creating large structures, the team at MIT are confident in the incredible potential of the technology in a number of industries and are currently working with Autodesk to create software to program 4D printing systems.

Existing bendable concrete is very impressive in its ability to resist damage, but even more so is concrete that grows and even repairs itself.

With concrete/brick manufacture being a hugely energy-intensive process, scientists and entrepreneurs are working to reduce its considerable environmental impact by creating products that are grown, not fired.

There are several variations on a solution, but biotechnology start-up BioMason recently won an innovation award for creating bricks made from bacterial by-products that bind sand particles together in a matrix strong enough to be used in residential construction.

The idea to grow bricks in this manner emerged from a study of coral structure. In a mould, sand is mixed in alternating layers with a solution of bacteria, urea and calcium chloride, before resulting chemical reactions yield a mineral growth between the sand layers which binds them strongly together into a brick.

Though the process still needs to be refined and tested in a variety of conditions (cold for example causes the reactions to slow down considerably), ‘growing’ bricks in a laboratory as opposed to firing them in a kiln at thousands of degrees Fahrenheit has the potential to slash annual carbon emissions by hundreds of millions of tonnes.

Soon we may be growing our homes and saving the planet at the same time, and these homes may also be able to repair themselves, again with the use of humble bacteria.

During manufacture, concrete is embedded with clay particles containing the bacteria in a dormant state. Once a crack appears and water enters, the microbes are activated and multiply, excreting calcium carbonate as they do so which then plugs the holes and prevents further damage.

Graphene is a single layer of carbon atoms forming a regular hexagonal pattern, extracted from the carbon allotrope graphite, and was first isolated 10 years ago by physicists working at the UK’s University of Manchester.

The material stronger than steel won its pioneers a Nobel Prize in 2010, and has been billed as the possible future of construction due to both its exceptional strength and flexibility as well as its resistance to erosion from powerful acids and alkalis.

It is seen as such a game-changer that the UK Government has allocated more than £60m to study the material and the University of Manchester was given a £23m grant from the European Regional Development Fund.

Applications in the construction world are unfortunately some way off as Graphene’s largest producers cannot yet make enough to be used on a large scale. Indeed it is expected to be used in electronics such as mobile phone screens before moving into larger-scale arenas and for example replacing structural steel.

Although aerogels have been around for years, in 2013, scientists at China’s Zhejiang University created a new standard by freeze-drying solutions of carbon nanotubes and graphene.

The freeze drying dehydrates the solution, leaving behind single-atom-thick layers of graphene supported by the nanotubes.

That it is non water-absorbent makes it an ideal material for thermal insulation, and its excellent conductivity makes it a potentially fantastic one for use in electrical wiring.