Costain to use augmented reality to assess radioactive pipelines 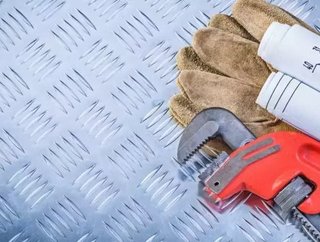 Costain has been selected to drive forward their latest innovation project with EDF Energy that will change the way boiler tubes are inspected for crack...

Costain has been selected to drive forward their latest innovation project with EDF Energy that will change the way boiler tubes are inspected for cracks and breakages.

As part of Costain’s mission to engineer a more sustainable tomorrow, they will be building on EDF’s work in producing a miniature pipe inspection camera by creating an infrared version that uses augmented reality to assess potential damage.

This has the potential to save millions of pounds in costs as all pipes are currently exchanged regardless of their condition.

The challenge came from EDF and Innovate UK, a non-departmental public body, sponsored by the Department for Business, Energy & Industrial Strategy, to come up with a solution to detect cracks in pipelines that are more than 40 years old.

Currently, visual inspection is considered to be the most effective technique for material defects but it has limitations.

The deterioration of pipes is assessed subjectively, meaning money is spent on replacing pipes that have a much longer life expectancy.

The quality of the footage is also often impacted due to the camera being dazzled by its own illuminator. This can result in areas of the image being hidden.

Costain’s technology - which will now be trialed on a pilot basis - will be more sympathetic providing an evenly exposed image, while also minimising the radioactive levels.

Images of the pipes will be taken every three to six months, and will be overlaid using augmented reality to provide a clear indication of any damage that needs be addressed and thus any pipes that need to be replaced.

Loretta Browne, EdF Account Manager at Costain, said: “We are extremely excited to start developing this technology with EDF. Innovation and technology is at the heart of everything we do here at Costain so it is great to be able to merge the two to create something that will boost efficiency and lower costs in the energy industry”.

Tony Davies Nuclear Business Development Director at Costain added, “The technology we will produce will have a positive long-term impact on both EDF and their customers and we hope to see it being utilised over the upcoming year.”