Does blockchain merit a place in construction? 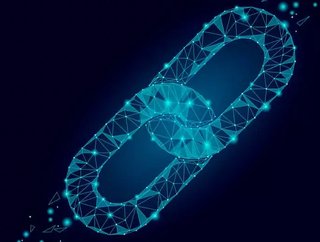 What is blockchain technology? Bitcoin is the native currency of the bitcoin blockchain, a technology which records transactions on a decentralized, di...

What is blockchain technology?

Bitcoin is the native currency of the bitcoin blockchain, a technology which records transactions on a decentralized, distributed and public digital ledger. A copy of the ledger is provided to each member of the network and is updated every 10 minutes as blocks of transactions are added to the existing chain.

The decentralized nature of the blockchain technology means that that there is no central point at which the data is being held and no central point of failure. In other words, a record on the blockchain cannot be altered without the alteration of all other participants on the network. Unlike a centralised network where an attacker has to gain access to one system, for an attacker to alter the records on a blockchain, they would need to attack all computers on that network at the same time.

Blockchain transactions are encrypted with a set of complex mathematical equations where the computers on the network compete against each other to be the first to solve the equation and add further transactions to the ledger.  This is essentially a game of computational brute force where the computers randomly guess the answer to the equation by submitting as many answers as possible per second until one of the computers gets the right answer and is rewarded with the blockchain’s currency, in this case bitcoin.

In this frenzied guessing game, more computational power means more guesses per second which in turn increases the probability of a correct answer before any rival computer. As more computing power is added to the network as rivals compete with one another to guess the correct answer, the system increases the difficulty of the equation to make sure that the average time in solving the equation remains as close as possible to 10 minutes. As more computational power is added to the network as it matures, this makes it more and more difficult and expensive for that network to be compromised by attackers.

So what are the applications and benefits to construction?

The decentralised nature of the network makes blockchain technology highly resistant to censorship or manipulation so could provide valuable stability on projects of an international nature where dealing in jurisdictions with a degree of political risk or volatility.

Blockchain can also be implemented to increase transparency within the supply chain by tracking the movement of materials, their quantity, ownership, origin and so forth without manipulation of the records. If a dispute arises within the supply chain as to an items origin or ownership, a blockchain system could trace the materials from their point of origin to current ownership making it easier to resolve the dispute.

Smart contracts are interesting applications that are being deployed as an additional layer on top of blockchain technology. A smart contract is a contract that self-executes a function when certain criteria are fulfilled and in this case, a record of that transaction is then encrypted on to the blockchain. A classic example of a smart contract would be a vending machine that deploys a soft drink upon receipt of payment. Such smart contracts could be expanded upon exponentially within construction contracts to address a number of commercial use cases such as;

What does the future hold?

So what are the chances that we will see blockchain technology implemented within construction contracts in the future? Well the question is more likely to be one of “when” and not “if” as other industries start to explore the commercial use cases.

Insurance companies are already starting to utilize the technology with flight delay insurance products that use a public blockchain to store and automatically process payouts where a flight is delayed for 2 hours or more based on public flight manifests.

HM Land Registry is also exploring blockchain technology to research and test digital registers in a project it is calling “Digital Street”.

The law society has published a paper called Capturing Technological Innovation in Legal Services and commented that bitcoin/ blockchain has the potential for “radical disruption and a reinvention of established legal processes”.

Furthermore, JCT Chairman Richard Saxon has considered the question is there a blockchain in our future within his regular blog and it will be interesting to see how JCT envisage blockchain technology working with their current suite of documents.

Whilst the future of blockchain technology certainly looks promising, it will not be without some bumps in the road. Despite the technology having been around since 2009, it is only within the last few years that it has gathered significant traction with early adopters and is still some considerable distance from reaching a critical mass.

The legal framework for blockchain technology is virtually non-existent within the UK as a search of the UK legislation database reveals there are 0 search entries for any laws containing the words “blockchain” or “bitcoin”.

The deadline for written submissions to the inquiry is Friday 13 April 2018 and we will continue to watch this ever developing technology and the outcome of the inquiry with interest.