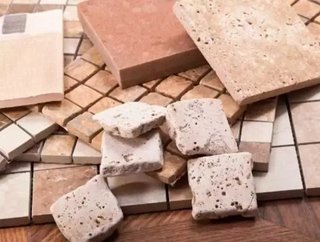 The Federation of Master Builders (FMB) have raised concerns over rising costs of construction materials, which couldbe worsened by a weakening currency...

The Federation of Master Builders (FMB) have raised concerns over rising costs of construction materials, which could be worsened by a weakening currency following the EU referendum result.

Commenting on the FMB’s State of Trade Survey results for Q2 2016, which show that two-thirds of construction SME bosses predict material price inflation, Chief Executive of the FMB Brian Berry said: “Following the EU referendum, the plummeting value of sterling has further complicated an already difficult situation for small construction firms. Even prior to the referendum result, nearly two in three bosses were anticipating rising material costs, on which there has been intense pressure over the past couple of years, as demand for projects has picked up again. With the dramatic fall in currency value however, we’re concerned that the trend towards price inflation will gather pace. We’ve already heard accounts of timber and brick costs rising, and a number of sources have said that even steel prices have risen by 8% since the decision was made to leave the EU.”

Berry continued: “Combined with the continuing skills shortages shown in our survey results, which puts upwards pressure on salaries and wages, the costs associated with running a small construction firm are on the rise. Too many are already operating on razor-thin margins and are forced to tender at prices which barely return a profit in order to remain competitive. This leaves little capacity to absorb dramatic price increases. The results show that firms were already pencilling in escalating costs for the coming months, but few will have anticipated a 9% percent drop against the Euro and 12% against the American Dollar. The UK construction industry is heavily reliant on imported products and materials so this situation is very concerning indeed.”

Berry concluded: “It’s important to note that this survey was conducted prior to the referendum and shows that SMEs were consolidating their recovery, with demand in the private sector continuing to pick up. If this wavers, as suggested by recent ONS stats showing that the construction sector is now in recession, then the Government must do everything in its power to reverse this situation and get Britain building again. Our survey shows that despite an improving overall picture prior to the referendum, public sector workloads for smaller firms continued to decline – a trend that has gone on for too many years. A significant programme of publicly-funded capital investment in crucial areas such as housing and infrastructure, along with a renewed focus on improving public procurement processes for SMEs so that they can benefit from these opportunities, would be enough to hush any whispers of a post-referendum recession.”