How drones are building a better construction industry 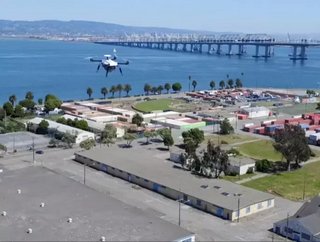 Back in 2012, the Federal Aviation Administration predicted just 30,000 drones would fill the nation’s skies in 2020. However, right now, about 2.5 million drones regularly traverse America’s airspace, with 500,000 of those belonging to commercial organizations. In March 2016, the FAA updated its forecast to project that 7 million will buzz above us by 2020.

What’s behind this colossal boom? In a word, drones are addictive. Some new to the technology think they’re just sky-high video cameras, but many builders have come to rely on drones for their everyday operations.

Three years ago, one of our clients wanted drone data maps of its construction site delivered monthly. Instead, we began delivering updated maps every day, and site managers quickly came to rely on that data to formulate daily work schedules. When the drone pilot called in sick one day, we received dozens of angry calls asking for the map — including from one person who didn’t think he needed a new map more than once a month.

Tech-savvy builders have already begun to realise the benefits drone data has to offer. With the world drone market ballooning from today’s $2 billion to $127 billion by 2020, drones will soon play integral roles in construction projects around the globe.

Drones and the next industrial revolution

Before the Industrial Revolution, construction was arduous and inefficient. Without modern cranes and other industrial equipment, laborers cleared sites and laid bricks by hand. Projects that might take months today then spanned years. The advent of new construction technologies didn’t kill the job market, though: It created a demand for workers who possessed the skills of a new generation.

Drones, likewise, represent the next revolution in industrial technology. These are some of the easiest ways to get started using drone data to augment your construction project:

• Earthworks management. Traditional land survey equipment, such as laser scanners or theodolite, can get the job done. When coupled with the appropriate software, however, drones can create contour maps and take volumetric measurements 85 percent faster and at one-tenth of the per-survey cost.

• Structure location validation. Location validation is typically completed by manual surveying. Instead of verifying a structure after its completion, use drone data software with CAD overlay capability to compare as-built conditions to your plan. Using the plan overlay feature, one of our customers discovered its original manual survey was off by 8 inches — right before it was about to pour a $200,000 concrete slab.

• Project measurement and management. Typically, builders manually assess a project’s dimensions, which is inefficient and often inaccurate. Use drone data tools instead to automatically measure project components such as stockpile volumetrics and to communicate progress with just a quick flyover.

Builders have also learned that drones make the oversight process simpler and more accurate. Construction managers need to review invoices, sort through files, and ensure everything was finished as planned. With drone data, overseers simply pull up day-to-day maps for near real-time exploration of their job sites.

The construction industry of tomorrow

Drones don’t just lower costs and make life easier for site managers, though. They’re radically changing how cities and transportation infrastructure function around the world by:

Many of the world’s major cities are bursting at their seams, housing millions more people than intended. Their sidewalks are stuffed to the brim, and their streets are so congested that it’s nearly impossible to get around.

As new cities are built in the 21st century — and older cities rebuilt — drones will help nations construct them to be far more scalable. Drones, which can cover difficult areas over short time frames, map out maximally efficient roadways and enable more compact, space-saving building designs.

2. Spurring the development of autonomous machines

Drones have ushered in a wave of automation that will soon reach all sorts of construction equipment. Soon, all dozers and cranes will operate autonomously, fed data by drones zipping above them. Machines can now work 24/7 in harsh conditions at rates unattainable by humans laboring from 9 a.m. to 5 p.m. As a result, build costs are falling, with impacts ranging from faster development of highways to more low-cost housing options across the globe.

Drones may not be able to wield hammers or move earth, but they can do something even more valuable: They can capture images, which technology providers then process into data such as orthomaps, point clouds, and 3D models. This means that site managers can essentially watch a project be built in real time from anywhere in the world. And more important, this facilitates visual coordination (both human-to-human and machine-to-machine) across hundreds of stakeholders and contractors operating on a site. As any site operator knows, visibility increases safety, boosts precision, and decreases build times.

So, whether it’s serving actionable intelligence to top decision makers or giving workers on the ground the dimensions they need, drones are hard at work building a better industry — and a better world — for us all.