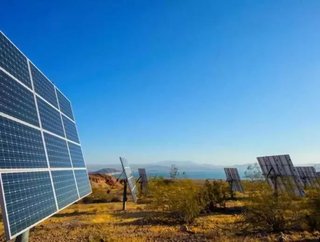 While Las Vegas still has a long way to utilising renewable energies fully throughout the region, the Las Vegas city government has now achieved 100 per...

While Las Vegas still has a long way to utilising renewable energies fully throughout the region, the Las Vegas city government has now achieved 100 percent renewable energy status after 10 years in the making.

Powered by hydroelectric and solar energies, commercial buildings such as casinos are now embracing the use of solar energy by installing rooftop solar panels after being under significant pressures to utilise sustainable alternatives throughout various building works, despite the extortionate exit charges.

This year, Las Vegas will utilise hydroelectric power from the infamous Hoover Dam, creating a long-term sustainable energy initiative within building and construction works. The city will aim to follow Burlington, Vermont and St Petersburg in Florida’s status’ in incorporating 100 percent renewable energy throughout the entire city, not just city governmental buildings in the upcoming years.

In November, over 40 mayors have wrote an open letter to President-elect Donald Trump regarding the continuation of utilising sustainable energy sources within a number of industries, notably construction, stating:

“We call upon you and the federal government to help cities leverage funds for the hundreds of billions of dollars in transit, energy, infrastructure and real estate development necessary to upgrade our infrastructure.

We ask that you lead us in expanding the renewable energy sources we need to achieve energy security, address climate change and spark a new manufacturing, energy and construction boom in America.”

Since its launch in December, the Boulder Solar 1 project, created in partnership with NV Energy has enabled the city to make significant progress, saving the city $5 million per annum. Owned by Southern Power, the partnership will work to ensure all commercial and residential buildings will ultimately receive long-term benefits.

The Las Vegas Review-Journal has also stated: “The city also generates energy to power on-site facilities with tree-shaped solar panels in the City Hall plaza, solar shade canopies at city parks and solar arrays on roofs and at the wastewater treatment plant.”