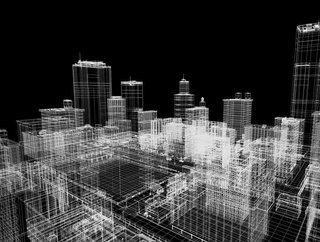 The work taken on by pioneering structural design firm Newtecnic has developed out of façade design, where the high value work in complex projects is t...

The work taken on by pioneering structural design firm Newtecnic has developed out of façade design, where the high value work in complex projects is traditionally found.

“We now work from the first concept with some of the world’s leading architects on bids for global projects, right through from structural engineering plans to completion on-site, offering a full MEP (mechanical, electrical and plumbing) service,” says Newtecnic’s Founder and CEO Andrew Watts. “That gives us a deep understanding of the whole process and the different mindsets of design teams and contractors. We take on challenging projects where there is no obvious answer on how to build with a standard existing system. We don’t have that loose-fit proprietary product collage of options. We have to meet tight budget constraints so we develop our own systems for structure, façade and MEP from first principles, which often means we also do shop drawings on construction – either working with the architect from the tender stage or on-site with the contractor.”

Newtecnic’s work is supported by university engineering departments, allowing it to do research and development across every project. “We do the hardcore thinking early on,” maintains Watts. “It can be a high-risk strategy because if the project doesn’t go ahead we can lose a lot of money.” Newtecnic has a London office supported by the Cambridge University Engineering Department where systems are developed and tested. Meanwhile, in the US, Newtecnic has opened four nationwide offices at leading universities, each with a unique skillset linked to an elite university: LA to UCLA Engineering; Silicon Valley to Stanford University; Texas to the University of Texas at Austin; Atlanta to Georgia Tech.

These, along with the Glass & Façade Technology (gFT) Research Group and Innovate UK, are important partnerships for Newtecnic. The company works on projects where there’s a strong architectural vision linked to the urban design and the social environment in which the building is located, such as London’s Great Ormond Street Hospital and Morocco’s Rabat Grand Theatre. “We provide engineering design to support the vision of the architect and generate our own technologies in order for the building to be as authentic as possible,” confirms Watts.

Newtecnic has been appointed by main contractor, BACS Consortium, to oversee the construction stage of the highly complex façade envelope of the King Abdullah Financial District (KAFD) Metro hub in Saudi Arabia, designed by Zaha Hadid. KAFD’s intricate facade, representing patterns generated by desert winds, was design engineered by Newtecnic to reduce solar gain and produce air currents to help cool the building by developing new algorithms to achieve this performance level. Planned to deal with Riyadh’s expected 50% growth over the coming years, KAFD is part of a new citywide transport system comprising six metro lines, 85 stations and more than 100 miles of track. The project is due to be completed this year and features self-supporting, 200m-long, high performance concrete-composite walls and roof. To produce the structure, new adjustable building components and fixing methods had to be invented, developed and tested by Newtecnic in partnership with the Cambridge University Engineering Department.

“We’re using 3D printing throughout the KAFD project to show how 3D assemblies will fit together and provide a superior technical solution to deliver both ease of fabrication and construction, allied to long-term durability,” reveals Watts. “With 3D printing we’re able to combine up to 50 machines and processes into a single task or output, whereas with previous mock-ups it was just about simulating the production process by introducing all the steps – drilling, cutting, bending, coating. The speed of 3D printing allows you to iterate the design and improve it from a manufacturing point of view, and has seen us move away from the need for a big scale workshop and instead use a machine linked to the design itself.”

He believes it’s an interesting time in the industry, moving away from repeated approaches, while manufacturers in engineering-based industries are implementing mass customisation with the dawn of machines able to respond to a complex string of commands to make building components and assemblies we’ve seen in other industries such as aviation and transport. “Once we know how something can be made, it tells us what composite materials we can exploit with our bespoke approach to make panels, for example, and understand the capabilities of the way we’re making it and how it can be installed,” says Watts. “We design from scratch with façade systems alongside connections for structures which are going to be exposed inside the building that need to look good. Most of our energy goes into the envelope systems as those are the most technically complex in the range of performances they need to achieve for water-tightness, wind resistance, seismic loads etc. Part of what we do is to develop technologies where each component can do two jobs.”

This approach has its genesis in Formula 1 – in the 1960s Graham Chapman’s Lotus was famous for using the engine as the structure at the back of the car so there was no frame or chassis and the wheels were fixed directly to the engine. “Those are the kinds of economies we’re looking to find to reduce the amount of time it takes to make something,” explains Watts. “We’re also looking to adjust the installation sequence to reduce the time it takes to assemble a structure on site and address a major cost component. We don’t want to develop something to be technically superior for its own sake, but to reduce cost and add quality – the ‘less is more’ aesthetic.”

Newtecnic’s on-site construction labs are responding to the shift in construction from the current trend of everything being factory based, and 3D printing is a big part of that. “On complex projects of high ambition, large scale and even larger expectation, there’s a need for some of those tasks to return to site,” confirms Watts, who highlights the benefits 3D printing can offer. “Ongoing assemblies require on-site testing where parts of the building can also be made using 3D printing. At its most basic level, when panels are damaged on-site it allows for materials to be renewed without waiting weeks for replacements. As well as checking the output and validating what is installed, the construction labs can provide a cost saving by producing small components and key assemblies. It’s not about moving the entire factory to site – though things may progress that way in the future – it’s a way of keeping the construction process moving forward with that infrastructure available at the job site.”

So what trends is Watts seeing in the industry that can support and complement the implementation of 3D printing? “All buildings of any note are becoming mass customised in their design approach and 3D printing supports that,” he says. “In addition to 3D printing and multi-layered routing and cutting machines controlled by computers that can do multiple tasks on one assembly, there is the gradual introduction of robots or cobots (collaborative robots) where workers can use a machine – just on a bigger scale than a hand drill. Once that cobot is able to carry its own drill and move around we’ll see big changes in the way buildings are assembled with the assistance of a machine that can lift the panels on small scale operations.”

Today, we rely on cranes to work to millimetre precision in a hierarchy of machines down to that hand drill, but the future envisaged by Watts will see cobots working in conjunction with one another in a network of equipment. “Robots will be able to inspect a structure and then inform 3D printers directly without the need for new drawings in each new scenario,” he reveals. “We will move away from paper and towards working directly with a 3D model so the design of assemblies will change to respond to the needs of those cobots. Panels will become steps for them to climb up and access the fixing points at each successive step of the installation as structure becomes more geared to the interplay between our machine colleagues and the building. The design will start to respond to the needs of the machines that create them.”

Watts highlights the benefits 3D printing can offer to validate a design by breaking down a building into a kit of parts to check feasibility. This moves towards reducing cost by optimising, but does require a cradle to cradle approach of interaction with a building. “We’re interested in building production becoming a controlled, engineered process rather than a group of linked trades coming together,” he says, adding that while a loose fit approach might offer flexibility, it requires expensive interfaces between those loose fit processes.

“Because buildings are currently loose fit items there is less onus on the need for a perfect fit in the early stages, so 3D printing currently has a limited application,” admits Watts, looking to the future. “But once building assembly starts to become interconnected and parts can be more easily replaced without threatening assembly integrity, 3D printers will become the means of providing a building’s virtual twin.”

He concludes: “Like a constantly updated digital user manual, all the information required to construct and operate buildings, and their interconnected machines, and systems can exist within the building’s 3D digital-twin simulation model. This is available on the cloud for investigation, examination and testing at any time from the earliest design stage. Concepts for robots and drones are included together with manufacturing, construction and disassembly instructions and methods. The merging and blending of these advances indicates that construction is on the cusp of a revolution, and I am proud that Newtecnic is in the vanguard of a technological movement that solves many of the cost, environmental, energy, logistics and waste problems that the industry faces.”