The new age of construction and architectural design 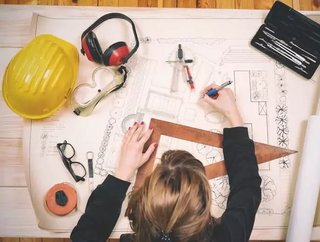 Yulio allows for key decision makers on construction projects to insert themselves within the design at critical points in the decision-making process...

Charles Dickens once said: “The whole difference between construction and creation is exactly this: that a thing constructed can only be loved after it is constructed, but a thing created is loved before it exists.”

But what if a technology solution emerged which allows for the middle ground between both to be explored? Well, that’s exactly what Yulio provides. Yulio offers architects a DIY virtual reality (VR) platform. The technology, developed by a Canadian team, enables 3D designs to be instantly turned into living, breathing, tourable virtual reality experiences.

The platform has already been adopted by a number of notable construction firms and architects from across the globe and it allows them to communicate and demonstrate new building designs to clients, simply by providing them with a VR headset. They can then immerse themselves in a new building before construction even starts and tour through each room, making key design decisions based on experiencing the full structure around them.

It’s an important move forward within an industry which is sometimes slow to adopt technological trends and advancements and Yulio’s Chief Product Officer, Ian Hall, is in no doubt that this product will go on to have a profound impact on the construction industry as a whole.

“This is a fairly conservative industry in general,” says Hall. “But there's been this realisation that there is no such thing as a successful company today that isn't also a technology company. We've got some of the largest construction companies, certainly in North America, using our products and they're using it in their design area.

“And when you speak with their visualisation leads, they're pretty frank. Competitive differentiation is: can you get your ideas across better, more efficiently? And, if you start really looking at the root ROI behind all of this, can you get your designs to market faster? Can you get them to market more accurately? Are you going be able to remove ambiguity, basically so that when somebody responsible for the actual construction is experiencing it in virtual reality there is no ambiguity about what they are to build?

“And then after it's built, there's no ambiguity around quality assurance. Does it look like it looks in the CAD?

“So, with all of that in mind and the fact Yulio essentially allows for all of this, I think this is essentially a billion-dollar transformative technology for this industry.”

That’s a bold proclamation, but things certainly seem to be heading in the right direction for the team at Yulio. To date, it has delivered around 250,000 unique virtual reality experiences on behalf of customers and that number is continuing to grow at a steady pace.

Hall is convinced that one of the key reasons for this continued growth is the discipline the company has shown, in terms of maintaining focus on its end goal without becoming too distracted by fashionable trends and industry developments along the way.

“There's been always that temptation to kind of go down and do the next sexy thing in the space,” he says. “‘Hey, we're going to do AR before it's really ready for business’, and we've resisted that. ‘Let's do tethered, let's do complex HTC Vive full room breaks, because it's really sexy when you video it’.

“It is sexy when you video it but you can maybe do one of those every few months because it's so cost-prohibitive, whereas our approach has been very pragmatic.

“I think what that's done, is it's positioned us as a partner that delivers value not hype. So yes, there are a lot of competitors coming in and they're going down similar paths that we went down in the early stages. They're kind of focusing on the ‘big shiny bauble’. Whereas we've paid our dues, we've done the field research, and we've spent upwards of a thousand hours of usability testing, in terms of human factors designed for both the content creation and the consumption of this stuff.”

And what is the byproduct of those hours spent refining the platform?

“Getting it simple enough that a 50-year-old CEO of a major corporation deciding whether to spend a few million dollars on this floor plate can go in there, without feeling intimidated, and not feel cut off from their peers when they're looking at this stuff in this technology,” Hall adds. “That is a very tough needle to thread. That's what we focused on.”

And what Yulio now has is a situation where it has a growing customer base and a platform which is gaining both notoriety within the marketplace and respect within the industry.

The company has also entered into a partnership with Ryerson Architectural College in Toronto where the students get to use the platform during their studies, and Hall says seeing the next generation engaging with Yulio in a manner that he describes as “unintimidated” gives him the belief that the future of architecture, and construction and design in general, is in good hands.

He is also adamant that the time for people to be investing in the product is now, if they wish to avoid being left behind.

“You're going to see an exponential adoption of this because it works,” says Hall, simply. “The ROI is starting to become self-evident.

“For those people that have adopted and embraced it, the first time that you're presenting something in VR and your competitor isn't and you win the deal and they don't; or the first time that you have an insight where you shared a design element with a peer and they noticed something that the two of you hadn't noticed whilst looking at the floor plan and the CAD models – any moment that you kind of make an adaptation due to this visualisation technology giving you a different perspective, those are the moments that the hook is set.

“I think what’s going to happen is, as more companies experiment with this, you're just going to start to see it become broadly adopted.

“It poses challenges. The IT department in these companies are already pretty overloaded. A lot of people are saying ‘we're sitting by the sidelines until the dust settles and then we're going to jump on whoever the winning vendor, or whatever winning technology is’. Late adopters, they're always going to be out there.

“The really smart guys, though, what they're saying is ‘this is not something where we want to be late to the game’. The survivors of the next five-to-10 years of innovation will be the ones that embrace this technology, that have figured out how to get commercial advantage out of it, and that have made it part of their DNA.

“It cannot be something they bolt on after the fact, five years later, after everybody else has figured it out. If you're coming to the game late, I think you're putting your business at serious risk.”