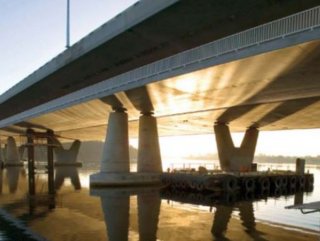 Actividades de Construcción y Servicios, better known as ACS, is a global construction company based in Spain. It operates across more than 45 countries and has more than 200,000 employees. These employees are spread across the group’s many subsidiaries in international markets and include major players such as Hochtief, Turner and Dragados.

ACS operates all over the world and has become well known for its construction and infrastructure development work, both in the civil and industrial sectors. The group’s companies work across three business areas – Infrastructures, which carries out all types of civil works, infrastructure, building and mining activities; Industrial Services, which focuses on applied industrial engineering and is focused along two business lines – Industry Support Services and Integrated Projects; and finally, Services, which is oriented towards the development of Integral Maintenance activities carried out by Clece, which structures its activity in three fundamental areas: Services to People, Building Services and Services to the City and the Environment.

ACS Group’s Executive Chairman and CEO is Florentino Pérez Rodríguez, who has been in the role since 1993, leads the group, supported by Antonio García Ferrer, the Vice Chairman. The rest of the management committee includes Ángel García Altozano, the Corporate General Manager, José Luis del Valle Pérez, Secretary General, and Eugenio Llorente Gómez, CEO of the Industrial Services Area.

Marcelino Fernández Verdes is the CEO of ACS, as well as the Chairman of the Vorstand and CEO of Hochtief, José María Castillo Lacabex is the Chairman of Dragados, and Nuria Haltiwanger is CEO of Iridium in the group’s construction section. Cristóbal Valderas rounds out the leadership team as CEO of Clece.

Earnings for ACS Group for the first nine months of 2021 saw a 24.7% increase to €545mn. The group said that all activities had a good operating performance, highlighting the Construction division’s net profit growing by 2% to reach €209mn. The Industrial Services area, reclassified as a discontinued operation following the sale agreement with VINCI, reached a Net Profit of €325mn, while the Services area carried out by Clece recovered its profitability path and contributed with €20mn.

The Corporation's net profit included the non-recurring net impact of the valuation of several financial assets and derivatives, with no effect on cash, which until September 2021 amounted to € -73mn. In terms of Operating Results, EBITDA reached €1,165mn, 12.5% higher than the previous year, supported by Abertis’ positive contribution in the first nine months of the year, which amounted to €108mn. EBITDA for the rest of the activities increased by 1.1%.

Likewise, EBIT stood at € 775mn, up by 12.1% compared to the previous year, the group added. ACS Group sales in the first nine months of 2021 reached for €20,365mn, a reduction of 2.8% mainly penalised by the evolution of the U.S. dollar against the euro (-5.6%). Not considering currency effects, the Group’s sales remained practically stable, it said.

The Group's sales breakdown by geographical areas during the period was as follows: North America accounted for 60% of the total, Australia 19%, Europe 17%, Asia 3% and South America the remaining 1%. For Construction, sales reached €18,922 million, down by 3.7% compared to the previous year, reduced by 1.6% adjusted by exchange rate.

Not considering the exchange rate effect, sales in North America declined by 5%, as the market was still affected by the slowdown caused by the pandemic and completion of large projects. Asia Pacific saw a boost thanks to the Australian market, which recovered its activity in both construction and infrastructure services, and Europe also grew thanks to the recovery of the main countries of the region, including Spain, which increased its sales by 8.7%.

International sales accounted for €17,965mn, which represented 95% of total turnover in Construction activity, with North America and Australia being the most important markets. Sales in Spain represented 5.4% of total. Construction EBITDA reached €928mn, with a margin on sales of 4.9%. As of September 2021, the construction backlog increased to €63,766mn, with 96% international and remaining stable despite COVID-19 impact.

Industrial Services sales reached €158mn and came from the energy assets retained by ACS after its sale agreement with Vinci. The rest of the activity is considered as a discontinued operation, therefore only its profit is included in the Group’s results. Net profit reached €325mn in Q3 of 2021. Industrial Services backlog is excluded from the Group’s scope as it has been reclassified as an activity held for sale, the company said.

Finally, Sales in the Service to Citizens area reached €1,219mn, increasing by 6.6% compared to the same period of the previous year. The recovery occurred after the temporary stoppage in the previous year of most of the social services which ceased their activity during the state of emergency.

ACS Group’s board of directors approved the Group’s 2025 Sustainability Masterplan on December 16, 2021, with the plan setting out the strategic priorities and twelve commitments in terms of sustainability that the group’s subsidiaries and operations will follow.

Within these commitments, the Group has established 26 strategic lines and 38 objectives for the year 2025 in order to continue creating shared value and to maintain its position as a global leader in the infrastructure sector.

In order to promote the global transition to sustainable infrastructure, ACS says it will promote resource optimisation through life cycle analysis in infrastructure projects, with the target of exceeding 200 projects with this analysis by 2025. It will also look to progressive increase the use of recycled building materials on its projects, while also maintaining a rate of waste (hazardous and non-hazardous) destined for reuse and recycling of 80%. The group’s companies will also progressively minimise non-hazardous waste destined for landfills on its projects.

On March 31, 2021, the ACS Group and Vinci signed a binding purchasing agreement to acquire the majority of the ACS Group’s Industrial Division. The scope of the transaction includes – in addition to activities involving engineering and works – shares in eight concessions, or PPP of mainly energy projects, as well as the development platform for new projects in the renewable energy sector. ACS will retain possession of Zero-e and 15 concessions.

Furthermore, both companies agreed to the establishment of a joint venture, to which they will contribute all the renewable assets developed by the Industrial Division, at the least, in the eight and a half years following completion of the sale. Vinci will hold 51% of the company’s political and economic rights, while ACS will hold the remaining 49%.

Amongst the Construction Division’s most significant awards of 2021 for Asia Pacific were the construction and operations phase (to 2051) of three-lane twin tunnels of the North-East Link Primary Package toll road in Melbourne (Australia), Development of stage 1 of Sydney’s M6 motorway in New South Wales (Australia) and the Construction of a high-voltage transmission network in Queensland (Australia).

In North America, the division has been awarded contracts that include the revamp Anderson’s Dam in Santa Clara County, California, the design and construction of a 9.2-kilometre extension of the Eglinton Crosstown Light rail transit in Toronto; and the reconstruction of the taxiway at George Bush Intercontinental Airport in Houston.

The Division also has several more projects in these territories, as well as in Europe and India.