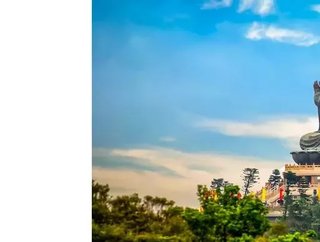 Shrinking habitat and construction waste putting Lantau’s wild water buffalos in conflict with residents and at risk of injury and death...

Construction activity on one of Hong Kong’s largest islands is shrinking the habitat of its wild buffalos, forcing them to search for food in residential areas, where man-made materials such as barbed wire and building waste can injure them, according to environmental activists.

Lantau, located 30 minutes from Hong Kong’s finance district by ferry, is home to lush country parks and the city’s highest peaks. Since the 1970s, wild water buffalos have roamed the island, having been abandoned by farmers taking up industrial work.

Environmental activists explain that these buffalos are now critical to Lantau’s ecosystem, eating harmful weeds and keeping the wetlands fertile. Floating plants and microorganisms that thrive on the buffalos’ presence, filter out some pollution in the island’s rivers before they reach the sea, they add.

However, Lantau residents say that recent encounters with the buffalos have been unusually tense over the last few months, with the animals encroaching into private gardens looking for food, and sometimes even charging at people.

Some residents want the buffalo population culled – which activists estimate at just over 100 animals but are unsure how that compares to previous years.

“There’s a war happening between landowners and conservationists,” says Ho Loy, an activist for the Lantau Buffalo Association.

The government’s Agriculture, Fisheries and Conservation Department states that it is communicating with the community to reach and “appropriate consensus” and that its cattle management strategy is currently focused on sterilisation and relocation.

Land scarcity has turned the densely populated island city of Hong Kong into one of the most expensive property markets in the world, making construction a lucrative sector, but also contributing to increase waste and pollution, including on Lantau’s wetlands.

Furthermore, construction waste pose injury hazards for the animals on the island, with sharp objects such as broken floor tiles causing deep cuts which can attract fly larvae and other insects, leading to infections.

Leung Siu-wah, 68, locally known as “Buffalo Jean” as she has been voluntarily looking after the buffalos for the last 12 years, says that she wants the government to improve management of construction waste and do more to preserve the wetlands.

“They look for food in every nook and cranny,” she explains. “When the buffaloes want to climb up to eat, they are very careless and rash ... they don’t know the waste is very sharp.” Some cuts take weeks to heal, she adds.

Hong Kong’s Civil Engineering and Development Department says that it has been installing GPS on dump trucks and has issued memos to various industry stakeholders about their responsibilities.

“Lantau is nothing without buffalos and wetlands,” Leung states.