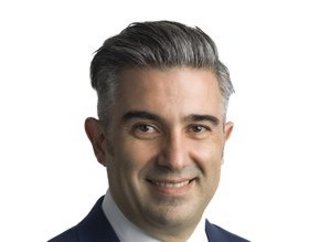 The results contrast sharply compared to the comparative results for the same period in 2020, which saw the firm record a profit after tax of $196mn. It added that this year’s figures included a loss of $262mn from non-operating items, and a loss of $30 million from the non-core segment.

Lendlease said that the group had also recorded a Core Operating Profit after Tax of $28mn for the period and believes that the FY22 will be a reset year, which will involve the simplification of the group’s operating model, a reassessment of its development projects, and the disposing of its non-core businesses.

Combined with managing the ongoing impact of COVID, it is expected to result in FY22 marking the trough in both activity and profitability, the company said in its financial report for HY22.

Global Chief Executive Officer and Managing Director, Tony Lombardo, said: “As previously flagged, successfully resetting Lendlease’s operating model forms a key part of our future success. Despite the ongoing impacts of COVID-19, we’ve made significant progress in reducing the cost base of the organisation as well as improving operational execution and capital allocation decisions.

“We also made significant headway progressing projects and initiatives we expect will drive future profits. This includes introducing major new investors to our platform, growing our funds under management, and achieving important planning milestones across projects in San Francisco, London and Sydney.”

He added that the group has advanced several strategic priorities including:

The company added that its Investments business segment continues to recover from the worst of the COVID impacts, noting that investment income was higher, driven by improved contributions from the retirement business, and distributions on investment. It pointed out that the $6bn of investments includes the launch of a value-add diversified fund; a joint venture to develop the remaining office precinct at International Quarter London; and the acquisition of an industrial portfolio, as well as the launch of a US Life Sciences partnership.

Lendlease added that a subdued contribution from its Development segment was the result of fewer completions. However, while returns from the segment were well below target, progress continues to be made towards converting the development pipeline into work in progress, which rose $1.6bn in H1 to $16.1bn.

It added that more than $5bn of the development pipeline has progressed from the conversion phase into master planned or work in progress. In addition, further milestones have been achieved at projects including High Road West and Elephant Park in London; 1 Java St and 60 Guest St in the US; the Certis Centre in Singapore and One Sydney Harbour. Several of these projects are anticipated to commence in H2 FY22, the company said.

In the Construction segment, significantly reduced new work secured in the Americas since the onset of COVID resulted in a further decline in revenue, the company said, adding that overall returns were in the middle of the target range. It pointed out that the Construction backlog of $10.9 billion is diversified by client, sector and geography.

Finally, the Group said that it remains on track to achieve targeted savings in operating costs of greater than $160 million per annum, with benefits to be realised from the second half of FY22. The required actions to achieve the full cost savings have been identified, with approximately 60% implemented to date. Most of the remaining initiatives are expected to be implemented by the end of FY22, it added.

Group Chief Financial Officer, Simon Dixon, said: “Financial strength is a priority as we transition through a reset year for the Group. Simplification is enabling a lowering of our operating cost structure that will enhance returns as growth re-emerges.”

“The Group has the financial capacity, supported by anticipated capital recycling and partnering initiatives, to deliver our $112 billion development pipeline, while continuing to pursue attractive investment opportunities."

Lombardo said that the first phase of the five-year roadmap for delivering sustainable performance, which involves resetting the platform for delivery and growth is progressing well. He explained that the reset is occurring at a time when the operating environment for real estate markets across the group’s gateway cities remains challenging.

This will have an impact on the operating and financial performance of the group, in particular the development segment, he added. However, while H1 of FY22 is expected to market the trough in both activity and profitability for the company’s core businesses, significant improvement is anticipated in H2 FY22, he asserted.

“We’re confident Lendlease has passed the low in profitability. While COVID risks remain, improved visibility of factors within our control provides more certainty on the outlook for the Group,” concluded Lombardo.