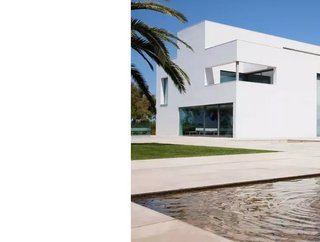 An insight into two of the biggest emerging trends in construction details the rise in modern methods of housebuilding...

An insight into two of the biggest emerging trends in construction details the rise in modern methods of housebuilding.

The use of modular and self-build homes continues to rise as we go through 2020. The COVID-19 pandemic could spark a further increase in these modern methods of construction.

The trend could be set to continue as we enter the ‘new normal’.

Project Etopia, known for its innovative and eco-friendly developments, has recently announced the acquisition of Tribus Homes, a self-build specialist firm based in the UK.

A partnership was formed between the two companies in 2019 under the ‘E-Tribus’ banner, but the acquisition has now taken place meaning Project Etopia has now acquired Tribus Homes’ assets. These include a large manufacturing facility based in Devon, England.

Tribus Homes was built with a vision to enable people to build their dream homes. In the beginning, the firm used timber frames but later progressed to the use of Structural Insulated Panels (SIPs). These are the same type of panels that are used by Project Etopia.

These can be combined with the use of Project Stopia’s innovative smart home tech. The company officers advanced lighting and ventilation in addition to a Energy+ configuration which has the ability to store and generate electricity.

The Tiverton-based manufacturing facility in Devon has the capacity to produce around 200 homes a year. Etopia is set to use the factory as an example of the type of micro manufacturing facility that can be set up around Britain to support different regions and their house-building ambitions through the use of off-site technology.

The micro manufacturing factories are set to be considerably smaller than Etopia’s 2,000 homes-a-year capacity unit based in Ellesmere Port. The facilities can also be set up in as little as six months.

Thanks to struggles surrounding finding ideal homes in specific areas, self-builds have become so much more popular in the UK in recent years.

Lee McArdle co-funded Tribus Homes as is set to remain its Managing Director. A rebranding process will take place later this year.

Project Etopia’s CEO, Joseph Daniels said: “We are delighted to formally bring Tribus Homes under the Etopia banner. This acquisition means we can use Tribus Homes’ manufacturing facility in Devon to produce up to 200 new homes a year in the South West without needing to transport goods around the country, making developments much more sustainable.”

He added: “The factory is a prime example of how a number of satellite, small-scale facilities can be positioned around the country to create local jobs and deliver homes. Tribus will continue to provide people with their dream self-build homes, all of which will feature the smart home and energy technology incorporated in all Etopia projects.”