6 iconic buildings made from glass 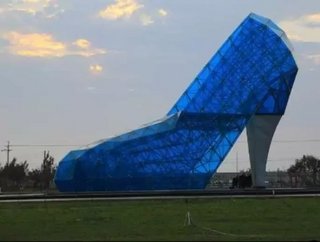 The use of glass within building work has been utilised for centuries. However, we look at 6iconic buildings made predominately out of glass, which attr...

The use of glass within building work has been utilised for centuries. However, we look at 6 iconic buildings made predominately out of glass, which attract both tourists and locals through their unique designs and intricate facades.

Also known as St Mary Axe, the Gherkin is one of the most iconic skyscrapers in the world.

Completed in 2003, the office building incorporates 41 floors, with a restaurant and bar on the 39th and 40th floors, offering panoramic views of the London skyline.

Built by Skanska, the building has won a multitude of awards, winning the 2004 Riba Stirling Prize a year after its construction.

Encompassing three performance arenas, the Opera Hall, Music Hall and Theatre Hall, the National Theatre for the Performing Arts in Beijing is 46 metres high and can seat over 5,000 people comfortably.

Completed in 2007 and designed by French Architect Paul Andreu, the glass and titanium dome is enclosed by a man-made lake, which guests must walk over upon arrival, in addition to being the deepest underwater structure in Beijing.

Constructed in 1989 and designed by Chinese-American Architect I. M. Pei, the Louvre Pyramid in Paris has become an iconic landmark.

The 21 metre glass modern structure is popular with locals and tourists, encompassing the Louvre Museum and is now under internal reconstruction in order to cater for the increased number of visitors.

Founded in 1808 by King John VI of Portugal, the Botanical Garden, situated in Rio de Janeiro is one of the world’s “most important research centers in the fields of botany and biodiversity conservation.”

Completed in 1996, the Nationale-Nederlanden Building, otherwise known as the Dancing House was constructed upon an area destroyed by the bombing of Prague by the USA in 1945. The build was a joint venture by Croatian-Czech Architect Vlado Milunic and Canadian-American Architect Frank Gehry.

The unusual design is known to reflect a couple dancing together. The construction needed 99 concrete panels in order to build and maintain the unique structure.

Incorporating a restaurant and bar, providing views of the city, the deconstructivist building is iconic within Prague and is popular with locals and tourists.

Situated within Taiwan, the High-heel Wedding Church was completed in January 2016 at a total cost of $686,000, boosting the local economy.

Under the Southwest Coast National Scenic Area Administration, the 55ft church can hold up to 100 guests and took only two months to construct, with 320 fragments of tinted blue glass.

Built for weddings and photoshoots, the church will otherwise not be accessible for religious services.