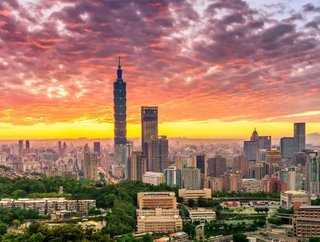 This week it has been announced that the contract to develop Taipei’s new metro line, worth $437mn, has been awarded to UK engineering company Alstom...

This week it has been announced that the contract to develop Taipei’s new metro line, worth $437mn, has been awarded to UK engineering company Alstom as well as Taiwanese engineering services provider, CITC. However, as the city of Taipei continues to develop, attention has been drawn to the Mayor’s goal of building at least 20,000 public housing units and whether this will be reached.

Alstom has been awarded the contract for supplying an integrated metro system for Taipei’s Metro Line 7 phase one, alongside CITC. Alstom’s share of the total contract is set to be worth around $260mn. The contract was awarded by the Systemwide E&M Project Office (SEMPO).

Alstom is to supply 19 trains, signalling solutions and data systems as well as platform screen doors, while CITC will provide track work, depot equipment and ticketing systems, and supply power and telecommunications.

As well as developing the city’s infrastructure, Taipei’s government is developing some 20,000 public housing units. The Department of Urban Development has reiterated the planning and building of such a large volume of homes this week following criticism that the goal, stated in 2015, would not be reached.

The department’s Commissioner, Lin Jou-min, made the statement following criticism Mayor Ko Wen-je had not kept his election promise to build at least 20,000 new housing units in his first term. Ko came to office in 2015 and, according to Construction Post, said he would “increase public housing unites by 20,000 in four years for a total of 50,000 units in eight years”.

Lin has argued that he did not promise to ‘complete’ the buildings in four years, and the department has prepared a four-year schedule from 2015 with 12,932 units at 127 sites expected to be either completed or under development by the end of 2018 – however reaching 20,000 by the end of 2019 is set to be a challenge.