7 Interesting libraries around the world 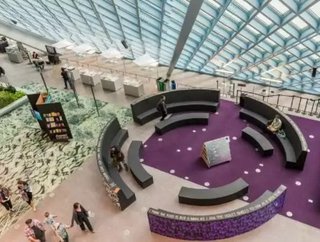 Libraries have been established all around the world for locals, scholars and historians to develop their knowledge surrounding a variety of different s...

Libraries have been established all around the world for locals, scholars and historians to develop their knowledge surrounding a variety of different subjects through the books and digital technologies.

We take a look at seven interesting libraries which hold significant importance within local communities and will continue to be a source of cultural value.

Built around 548 – 565, the Monastery was built in tribute to Catherine of Alexandria, who converted many to Christianity and became a martyr upon her death on the orders of Roman Emperor Maxentius.

Constructed in stone, wood and mortar, the basilica, dated from the sixth century is still preserved, in addition to the mosaic of the Transfiguration.

The pilgrimage site holds significant important to many faiths and contains valuable religious manuscripts and artefacts, some of which have been digitised for modern historians.

Situated within Oxfordshire, the Bodleian Library is one of the largest libraries in Europe, coming second to the British Library in London.

Constructed in the 12th century, the library was originally built within the University Church of St Mary the Virgin, which is still functional, but was moved to a new building which opened in the 13th century. The building has been expanded throughout the centuries, officially opening to the public in 1602.

Containing over 10 million literary works, the library is popular with scholars, tourists and locals and has become a research hub within the area.

The Central Library, situated within the Ciudad Universitaria Campus of the National Autonomous University of Mexico (UNAM) has one of the most unusual library exteriors in the world with murals placed on the outside.

Completed by Juan O’Gorman, the murals have been constructed with a variety of different tiles, originating from different countries in order to create a unique look, conveying different time periods within Mexican history.

Opening in 1956, the library now holds over 400,000 books for its students and scholars and has become a World Heritage Site.

Built in 1864 and completed in 1870, the Allahabad Public Library was constructed in order to promote cultural, social, political and economic awareness and development of its residents, containing over 120,000 books and periodicals in a variety of languages.

Constructed in 1813, the National Library of Chile in Santiago now incorporates digital technology in order to develop their user base and encourage the utilisation of the library’s collection.

The library has since been moved from its original location to its current location, but is one of the oldest libraries within Latin America.

Opening in 1999, the Black Diamond Library is an extension to the Royal Library within Denmark.

The build also incorporates other facilities, such as a restaurant, café and two museums.

Despite its turbulent history, dating back to 1891, the Seattle Public Library opened in 2004, holding over 1 million books and other media materials. Other flagship libraries have since been built within the area.

Designed by Dutch architect Rem Koolhaas and US architect Joshua Prince-Ramus, the library comprises of 11 floors and is predominately built from glass and steel, creating a light and airy space.