All you need to know about the One World Trade Centre 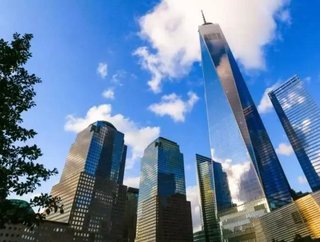 The One World Trade Centre (often referred to as One WTC, 1WTC or Freedom Tower) is the tallest building in the Western Hemisphere and the sixth-tallest...

The One World Trade Centre (often referred to as One WTC, 1WTC or Freedom Tower) is the tallest building in the Western Hemisphere and the sixth-tallest in the world. It is located in Lower Manhattan in New York and is 541 metres tall (546 metres at its tip) and is made out of high-strength concrete, which can withstand seven times more pressure than standard concrete along with reinforced steel bars, which are significantly longer than normal. The tower has more than three million square feet of rentable space and cost $3.9 billion dollars to build.

The towers base is 200 feet square (which is the same as the original twin towers) with entrances on all four sides. The spire at the top is made out of 18 individual pieces, the building has 104 floors in total and contains more than 2,000 pieces of shimmering prismatic glass.

The first piece of spire section was fitted in January 2013 with the final piece lifted onto the top of the tower and fitted in May 2013 which then brought the tower to its full height.

Construction of the tower started on the 27th of April, 2006. The architect was David Childs from Skidmore, Owings & Merrill (SOM) and the building was later opened in October 2014 with Conde Nast being its first tenant.

The tower also has an observation deck which was constructed in memory of the Twin Towers. It opened in 2015 and begins at 1,362 feet. A glass parapet extends to 1,368 feet which is the exact height of the North and South Towers.

The One WTC also includes the “One World Observatory”. It opened in May 2015 and is an enclosed observation deck that is over 1,250 feet above street level. It loops around 360 degrees and shows stunning views of New York and New Jersey.