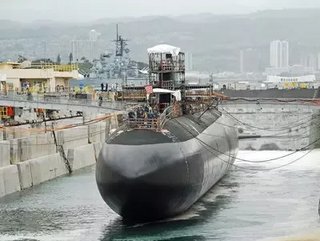 Bechtel has been selected by the US Navy as one of five teams that will compete for work on a multi-year program to construct new dry docks and shipyard infrastructure at Pearl Harbor in Hawaii and Puget Sound in Washington state.

The dry docks and associated infrastructure will service current and future nuclear submarines and aircraft carriers, the backbone of the modern U.S. Navy.

The award, known as the Shipyard Infrastructure Optimization Program Multiple Award Construction Contract, carries a combined value of $8 billion through 2029. In addition to Hawaii and Washington, other work locations could include Guam and the Indian Ocean, the Navy said.

“These shipyards perform a vital role in keeping Navy vessels at sea, but they’re both more than 100 years old,” said John Howanitz, President of Bechtel’s Nuclear, Security & Environmental global business unit. “Improving this vital infrastructure will be critical to help the Navy maintain, modernize, and repair its ships and return them to the fleet on time.”

Pearl Harbor and Puget Sound are two of the Navy’s four public shipyards. Originally designed and constructed in the 19th and 20th centuries to build sail- and conventionally powered ships, the shipyards cannot maintain and modernize nuclear-powered aircraft carriers and submarines. The Navy has undertaken a 20-year, $21-billion project to bring these critical industrial sites to modern standards.