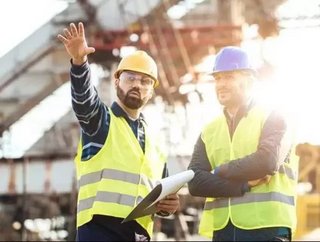 Since Beijing were selected to hold the 2022 Winter Olympic and Paralympic Games, there has not only been a newfound appreciation for winter sports with...

Since Beijing were selected to hold the 2022 Winter Olympic and Paralympic Games, there has not only been a newfound appreciation for winter sports within the country and developing teams within the region, but a new airport is under construction in anticipation for the high number of visitors.

Situated in the Daxing District, the new airport could become the world’s largest. Designed by NACO, the airport will be located just half an hour away from the games and incorporate a strong transportation network. The terminal building was designed by the late Zaha Hadid, in partnership with ADPI.

Beijing was an unlikely choice to be selected for the winter games. Although not famed for its winter sport prowess, the country has taken on the win with enthusiasm and has created further snow sports teams, with the aim to become a strong contender within the sporting arena within the next decade through the development of new and existing infrastructures. Beijing aims to become a new tourist haven for a new sporting market and boost the local economy. This will be supported through the construction of over 30 new ice rinks across Beijing by 2020, highlighting significant investment in this area.

In order to keep costs at a minimum, venues built for the 2008 games will be converted and developed to incorporate the necessary requirements for the winter sports, alongside the newly developed sporting areas.

Constructing not only smartly, but building sustainably is a key issue for construction workers, especially with the development of the new sporting arenas, alongside keeping costs within budget. Historically, countries such as Brazil and the UK have exceeded budgets significantly, yet Beijing is determined to not go over budget on either project, but ensure work is completed on schedule, to a high standard, be sustainable and cost-effective.