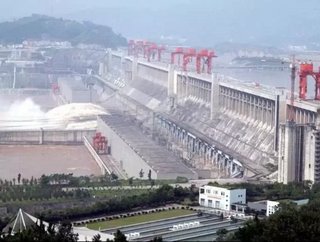 The Three Gorges Dam has become the most influential hydropower project in the world, constructed at a total cost of $25 billion. Producing over 20,000...

The Three Gorges Dam has become the most influential hydropower project in the world, constructed at a total cost of $25 billion. Producing over 20,000 megawatts of clean and cheap electric power, the dam supplies enough power to sustain the Chinese economy.

Spanning the Yangtze river, over 30 large turbine generators create a continual source of sufficient power to ensure the economy’s longevity. Although the construction has proved highly controversial, the dam is not only a tourist spot, but has contributed to the reduction of greenhouses gases and large number of floods which previously decimated the region, which had created long-term damages to homes, businesses and the economy.

Originally conceived by President of the Republic of China Sun Yat-Sen back in 1919, the concrete and steel dam reaches heights of 180 metres (around 60 storeys) and spans 2km. The area contains the dam, two ship locks to support freight traffic, in addition to a ship lift, all of which support the movement of over 18 million tonnes of freight per year.

Lasting 17 years, with over 40,000 workers undertaking the dam’s construction, the Three Gorges Dam is a fantastic feat of modern construction and engineering.

The Yangtze river is one of the largest rivers in the world, with engineers having to tackle several complex issues in order to begin construction work. The erection of stone cofferdams allowed engineers to block off parts of the river in order to undertake initial works and build the first sections of the dam. However, a section was left available for the river to continue to flow freely. These works then enabled engineers to construct a concrete cofferdam on top of several tonnes of earth, placed into the dry riverbed. Once construction of the dam was completed, the cofferdams were removed to allow water to reach the turbines built within the dam.

Thirty-two turbines have been embedded within the dam’s construction, with 34 generators weighing approximately 6,000 tonnes each, producing clean, renewable energy. Each turbine has the capacity of 700MW, making the dam the largest hydroelectric power station worldwide. Water is directed down concrete tubes leading to the generators, enabling the turbines to spin and link to the generators, creating electricity. Dr Robin Charlwood, a Civil Engineer who worked on the project said: “This project sets a new benchmark in the hydroelectric industry. It’s only the first of a whole series of mega dams that are under construction in China.”

Built with approximately 28 million cubic metres of concrete, the construction is phenomenal. However, to ensure the dam’s foundations do not deteriorate, spillway gates have been installed, alongside concrete shoots which hurl the water over 100 metres downstream, eradicating any potential flaws.

The construction of the dam has not only minimised the risk of flooding by releasing the water through a contained and controlled process, but also enabled economic growth. It receives over 150 freight ships per day over the Yangtze river - the biggest ship locks in the world were constructed here in order to cater for the predicted 100 million tonnes which will cross the river annually. As ships become enclosed by staircases and inner gate locks within the two different ship locks, water lifts the ships either upwards or downwards through five tiers in around four hours. Through these ship locks, freight capacity has increased significantly, in addition to the reduction of shipping by 20 percent, therefore increasing its economic and environmental appeal.

For passenger boats, however, the time taken to reach the top is minimised through the use of a ship lift, which acts as an elevator to allow boats to reach the top in just under 40 minutes. The structure is an impressive 113 metres high and can support vessels weighing up to 3,000 tonnes. It incorporates a helical gear system, where counter weights within the concrete walls help elevate the ships, in addition to over a thousand concrete blocks which are connected by cables.

Despite the need for the dam’s construction, concerns have been raised throughout the process surrounding the environmental aspects of the dam and the long term-complexities it has created.

Although it provides countless advantages, over 100,000 Chinese citizens had to be relocated as a result of the construction, and over five million tonnes of silt and sediment become trapped at the bottom of the reservoir every year. To counteract this threat to the dam and its functionality, engineers have inbuilt sluice gates which are situated inside the dam. Each gate weighs as much as a bus, which are supported through the use of hydraulic pistons. When the gates are opened, the trapped floodwater moves the sediment through the dam, minimising this risk.

Other areas of concern are the long-term consequences to aquatic life and food supply within China. The dam will disrupt the process of aeration in order for aquatic life and plants to thrive, creating a significant problem. In addition, there has been a need to relocate areas of food production, such as grains, which might not be able to be grown in less abundant soil. However, since its construction, the dam has stored approximately 39 billion cubic metres of water and supplied over 10 cubic kilometres of water to nearby cities and agricultural areas to support ongoing growth.

The Three Gorges Dam will be able to provide enough power for the growing Chinese economy, reducing the level of toxic emissions through the use of clean, cheap electricity. Coal consumption is reduced by approximately 30 percent per year, in addition to the reduction of carbon dioxide and sulphur dioxide. Despite the disadvantages to the dam’s construction, the long-term benefits should far outweigh the short-term complexities and will provide a sustainable solution to ensure the country’s prosperity.