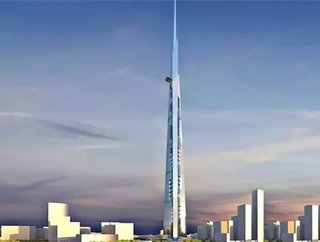 The construction work on one of Saudi Arabia’s tallest projects, Jeddah Tower, has reached the 63rd floor. The US$1.5bn project will be used for resi...

The construction work on one of Saudi Arabia’s tallest projects, Jeddah Tower, has reached the 63rd floor.

The US$1.5bn project will be used for residential, retail, and hotel purposes, and if predicted to be the tallest building in the world, standing at 1,000m on completion.

A consortium won the bid to develop the tower, with the Jeddah Economic Co (JEC) owning a 33% stake in the project, and the main contractor, Saudi Binladin Group, having a 16.6% stake.

Both firms were affected by the nation’s purge on corruption in 2017, which led to delays in progress.

“We have faced delays. In projects of this magnitude you always have delays -- I hope we’ll recover the delays we’ve had. We will be open for business by 2020, hopefully,” Reuters reported Mounib Hammoud, CEO of JEC, stating.

Work on shelling and cladding the building is anticipated to be complete by next year, with Al Fouzan Trading and General Construction Company expected to finish the infrastructure after winning the $165.3mn bid.

An engineering company in Chicago is approving the concrete mix on a monthly basis due to Saudi Arabia’s unsuitable climate.

JEC will likely sign a deal with Saudi Electricity Co for a 134MW substation to be built, in order to supply the structure with electricity, Reuters reported.