Fall from height is hazard feared most by construction workers, says new survey 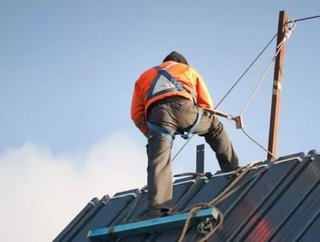 The danger of falling from a height is the industry mishap which most worries construction site workers, according to a new survey.Nearly two thirds (62...

The danger of falling from a height is the industry mishap which most worries construction site workers, according to a new survey.

Nearly two thirds (62 percent) of such employees across the UK, surveyed by leading cash plan provider Sovereign Health Care, said the chances of suffering this kind of accident particularly concerned them.

Almost 60 percent (58 percent) said being struck by moving or falling objects on-site was a significant worry, while about half (48 percent) said slips, trips or falls were a substantial fear.

Nearly a third (31 percent) of respondents said being injured while manually handling heavy or awkward objects was a worry.

Only a quarter of site workers questioned (25 percent) said they were “relaxed” about the danger of suffering an injury or illness requiring medical treatment while working in the future.

Commenting on the findings, Russ Piper, Chief Executive of Sovereign Health Care, said:  “It’s perhaps not surprising that being injured in accidents at work remains a significant concern for people working on-site. One point that our survey highlights is that site workers should consider reviewing the benefits of all forms of personal health cover or accident policies, which may give them some financial support and help them get back to work quicker.”

The Labour Force Survey estimates that, despite making up only five per cent of UK employees, the construction sector accounted for about 12 percent of workplace injuries resulting in over seven days absence, 13 percent of over three day injuries and 11 percent of all non-fatal injuries, based on results averaged over four years to 2012-13.

The same survey also estimates 584,000 working days were lost in construction to workplace injury during 2011-12. This has helped to make the overall total lost per worker in the sector due to this cause and illness well above the national average.

In the Sovereign survey, site workers also commented on issues related to everyday health care. Over half of those questioned (51 percent) said that the need for dental treatment had reduced their ability to do their jobs in the last five years. More than a quarter (26 percent) stated a requirement for optical help had the same effect, while over a fifth (22 percent) believed a lack of physiotherapy, osteopathy or chiropractic treatment had also hindered their performance.

Looking ahead, 41 percent said they were particularly concerned about the need for optical treatment impacting on their ability to do their job in the next two years. Almost 40 percent (38 percent) had the same concerns about needing dental treatment, physiotherapy, osteopathy or chiropractic care.

Sovereign’s cash plans help to make everyday health care more affordable and accessible by paying tax free cash back towards expenses such as dental fees, optical bills and physiotherapy costs. Policyholders can have a proportion of their treatment expenses refunded up to their cover level maximum within a few days, merely by submitting a simple claim form and receipts received when making the relevant payments.