Ferrovial Airports to roll out 25 Vertiports in UK 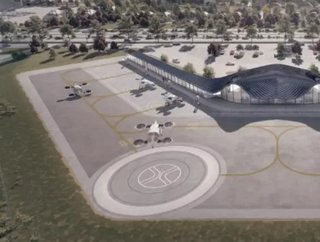 Ferrovial Airports has announced plans to deploy a network of more than 25 vertiports in the UK.

This initiative is another step in Ferrovial’s bid to lead the mobility of the future through the development of infrastructure for safe, high-speed, zero carbon aviation, and follows the recently announced agreement to develop a network of more than 10 vertiports in Florida.

Vertiports are essential to provide infrastructure for landing, recharging, and taking off passengers of all-electric, vertical take-off and landing (eVTOL) jet aircrafts, such as those being developed by Lilium and Vertical Aerospace. They are integrated into communities and adapted to the surrounding environment, reducing noise impact and improving energy efficiency through innovative design.

To develop the design and engineering components of the vertiport infrastructure, Ferrovial has partnered with international architecture practice Grimshaw and global engineering, management and development consultancy Mott MacDonald.

Ferrovial has over 20 years’ experience of investing, developing and operating 33 airports around the world, including the US, Australia and Chile. With the largest shareholder stake in Heathrow Airport, it is the airport’s core shareholder and industrial partner, and it partly owns Glasgow, Aberdeen and Southampton Airports.

With the conventional aviation sector struggling to return to pre-pandemic levels and sustainability becoming every more important, with world attention focusing on COP26, eVTOLs' time may have come.

AIR, creator of personal eVTOLs for the consumer market, recently unveiled its debut vehicle, AIR ONE, and announced it is now accepting pre-orders. It is billed as a "sporty, easy-to-operate eVTOL aircraft designed for individual consumer ownership".

Vertical Aerospace, which is also pioneering zero-emissions aviation, has announced over $200 million in additional financing to support its path to scale production and certification of the VA-X4 eVTOL aircraft.

Jason Mudrick, Founder and CIO of Mudrick Capital, said: "Vertical is on the right side of the movement towards Net Zero – cutting carbon by reducing reliance on short-haul flights and other modes of transport. This is essential and it is a key consideration in our investment."

For Urban Air Mobility (UAM) to compete with ground transport, however, trip costs must fall around 80 percent from current helicopter levels, states McKinsey. The capital outlays are also huge, with Vertihubs costing around $6-7 million, vertibases between $500,000-800,000 and Vertipads around $200,000-400,000.

"In addition to physical infrastructure - places that vehicles take off and land - success will require a variety of infrastructure to support unmanned air-traffic control, aircraft charging and/or refuelling and connectivity," it notes.