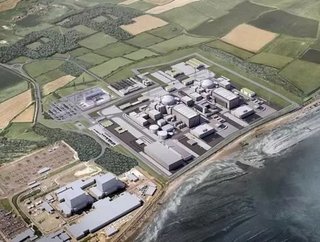 Since 2008, the Hinkley Point C nuclear power project has been in development, but has been the subject of controversies, spanning both ethical and poli...

Since 2008, the Hinkley Point C nuclear power project has been in development, but has been the subject of controversies, spanning both ethical and political spectrums. Situated in the UK, the project encompasses a new 3,200 MWe nuclear power station and EPR reactors, which would support the supply of electricity across England and provide a multitude of benefits. However, it has gained significant opposition from multiple angles, especially Stop Hinkley, a significant protest group which has grabbed a number of headlines through its ongoing concern regarding nuclear waste, which will be left on site for an unspecified time.

Initial preparation work on the site has been completed, alongside the necessary land acquisitions which will enable construction work to be underway. However, the costly project has seen traditional lenders refuse to take on further financial risk due to the project’s complexity, but recently a specialist construction firm has secured a £3.8 million alternative finance funding line to complete its work at Hinkley Point C (HPC) over the course of the next ten years. The multi-million-pound deal constructed by P2P business lending specialist Nucleus Commercial Finance, is comprised of £1.8 million in property finance combined with £2 million in invoice finance.

Approved in late 2016 through Theresa May’s government, the project is now set to take 10 years to complete, at a total cost of £18 billion, but has seen previous opposition from the European Commission, believing the project to break current state aid rules and subsequent investigation, in addition to previous signed agreements, which has seen enabled the partnership with China National Nuclear Corporation.

Commenting on the agreement, Nucleus Commercial Finance’s CEO Chirag Shah has said: “This is a fantastic deal because it secures finance for a critical part of the Hinkley project. The closing of this deal sends a clear message that non-standard lenders are fast becoming essential to British infrastructure projects. Businesses now feel confident using alternative lenders as opposed to banks, and are realising that non-traditional solutions can provide stability and flexibility.”

“The fact that the company felt able to come to Nucleus for this custom-fit loan, especially when involved in such a high stakes project, is testament to the fact we take the time to understand our clients’ businesses and don't use a one size fits all checklist like traditional lenders”, Shah added.