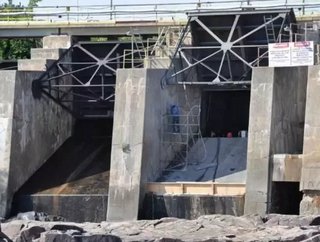 Over 200 protestors within Vancouver, Canada are campaigning for a $8 billion hydro dam project to be halted immediately. With works already underway an...

Over 200 protestors within Vancouver, Canada are campaigning for a $8 billion hydro dam project to be halted immediately. With works already underway and over 1,000 workers undertaking the project, organisers believe the build is not worth the money, nor have the residents been consulted on the dam being built.

The construction will destroy the land in which many residents from the Peace River Valley area use to hunt and farm produce, at which Audrey Siegl, Musqueam Band member and community organizer, said: "The Site C dam is being built with taxpayer dollars to generate energy for expansion of fracking and the tar sands, contributing to life threatening climate change and destroying precious farmland and artefacts."

The Site-C dam will provide over 5,000 gigawatts of energy per year to over 450,000 homes. Bruce Anderson, Chairman of Abacus Data, has released information from a poll undertaken regarding residents’ feelings towards the project, stating that a majority were in favour of the dam being built to accommodate the increased population and need for power within the area.

He said: “People broadly believe that more power will be needed and that a new dam is probably one of the best ways to meet growing demand" and “any major project of this sort will encounter healthy public scrutiny and debate, and it's not unusual to see growing resistance as these debates evolve."