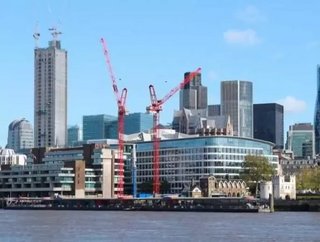 With 51 office developments currently under construction, the number of office builds in London is at its highest level for 20 years, according to a new...

With 51 office developments currently under construction, the number of office builds in London is at its highest level for 20 years, according to a new report.

Of the 51 offices being built, 26 are in the City of London, far surpassing the 10-year average of 19 builds per year and the previous high of 37 recorded in 2007. The total amount of office space being constructed is 14.2 million square feet, the greatest amount of space since 2008.

Although it has been suggested by Deloitte that this increase in development activity is due to the recent economic improvement, these figures oppose the recent reports of the latest Markit/CIPS UK Construction Purchasing Managers’ Index (PMI), which show the UK construction sector as slowing to its lowest level since 2013 amidst claims from construction companies that clients are hesitant to commit to expensive and ongoing projects.

Deloitte also claims that the number is boosted by the amount of refurbished space being developed alongside brand new builds, but that new construction is likely to slow depending on the outcome of the UK’s EU referendum; if the vote leads to leaving, many London tenants will in the short term be uncertain about their places in the capital.

Currently, the referendum does not seem to be influencing construction activity and developers reportedly remain sufficiently confident to push ahead with new schemes. It is estimated by Deloitte that the development pipeline would increase to almost 16 million square feet by the end of the year.