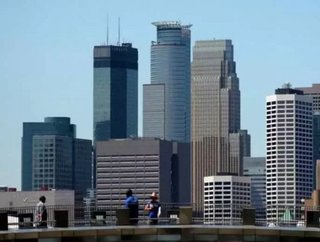 Construction costs in Denver, Phoenix, Minneapolis, Milwaukee, Seattle and Chicago rose slightly in the second quarter to match or surpass the national average, according to a report from Minneapolis-based construction firm Mortenson.

The Mortenson Construction Cost Index is calculated quarterly by pricing a representative non-residential construction project in geographies throughout the country. It obtains local employment statistics from the Bureau of Labor Statistics.

The construction cost index for both Denver and the US rose to 109 in the second quarter, against a baseline period of January 2009, which had a cost index reading of 100. The Colorado capital’s index had lagged behind the rest of the country for several years.

Phoenix, Arizona’s index stood at one point above the national average, with the most substantial growth coming from the roofing sector. Employment growth was flat in Q2, and the report recommended building owners plan for a three percent increase for project costs in 2014.

Costs in Minneapolis-St Paul, were very slightly above the national, by less than a percentage point, with earthworks seeing a 5.4 percent growth. The area has enjoyed employment growth in the double-digit percentages inDenver  the first two quarters of 2014. Mortenson advised building owners in the twin cities to expect the sharpest rise in costs over the next year of six percent.

Milwaukee, Wisconsin, the index of which has risen 5.8 percent in the last year compared with a 3.9 percent average, was at 110 in Q2, one point above the national figure. The roofing sector saw significant growth of 15 percent, and building owners were told to expect a five percent cost increase in project for the coming year.

Seattle’s costs continued to rise in line with the national average, reaching 110, and Mortenson expects a 3.5 percent increase for project costs in 2014.

Chicago’s index exceeded the national cost index by two point in Q2 at 111, thanks to growth in steel framing and electrical systems. The city recovered from a particularly cold winter which hit growth I in the last quarter, and project costs are expected to rise four percent overall for the year. Employment continues to grow strongly, and is currently up 22 percent year-on-year.