New homes to be built in Jerusalem alongside religious renovation works 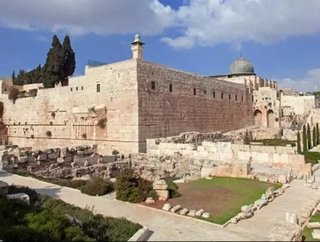 Jerusalem has long been a city where construction works were not undertaken unless it factored into renovation work or reconstruction of previous builds...

Jerusalem has long been a city where construction works were not undertaken unless it factored into renovation work or reconstruction of previous builds. However, this is set to change with over 100 new homes which are to be constructed by a private developer in order to accommodate for the current housing shortage against rising house prices.

Washington has long been against any governmental decision for Israel to undergo any potential new building work within the capital, of which there has been verbal animosity on both sides. Nonetheless, Justice Minister Ayelet Shaked said, “The US is a big friend but in the end, Israel needs to do what is beneficial for itself as a country.” The new builds will cater to the housing shortage against rising populations, embed current technologies and ensure long-term benefits for the country.

The country is also undergoing the most important religious renovation work in its history. The marble slab containing the tomb that Jesus was reportedly laid in post his crucifixion has been opened by conservationists in a £3.4 million restoration project.

The analysis will support archaeologists in understanding how the tomb has transformed throughout time through excavation work. The tomb is placed inside an Edicule, which will be under restoration. The Edicule has been restored previously in the 19th century, at which the entire build lies within the Church of the Holy Sepulchre.