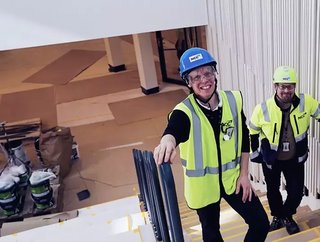 The first phase of Nexer Group’s digital twins project was completed in collaboration with NCC, Microsoft, and Scharc

Nexer Group has completed the first phase of a joint digital twins project in partnership with Microsoft, NCC, and Scharc. According to the organisation, the completion of the initial stage took place in connection with the construction of the new Sigfridsborgsskolan in the Nacka municipality of Sweden.

The tech company said that the purpose of the project is to investigate how digital technology can make construction design safer, more sustainable, and more efficient. Carl Tönseth, Regional Manager, Nexer Insight, niched in IoT (Internet of Things) and AI (Artificial Intelligence), said: “In the crane project, part of the project Connected Construction Site, we tested new technology based on monitoring using cameras and advanced software that immediately warns the crane operator of any people on the ground.

“In the project, Microsoft provided the cloud-based technology platform that formed the link between us at Nexer Insight, NCC, and the others involved”, he added.

The collaboration between the companies has also created a second project; the aforementioned construction of Sigfridsborgsskolan, a school in the Nacka municipality, which was designed by Scharc. The project is expected to be completed in the autumn of 2021, but virtual reality has meant that Scharc was able to develop a game allowing people to go on a virtual tour of the building and see classrooms and communal areas.

According to Sven Staiger, Architect and Founder of Scharc, part of the Sigfridsborgsskolan school project was to look at how the company’s smart helmets could be used to collect data from the construction site to improve the work environment and streamline the process on-site. “We met several times and discussed what we wanted to achieve and whether we might make a project out of it. NCC liked the idea and at one of these meetings, Claes Henschel, Digitalisation Project Manager at NCC, came up with the idea that it would be appropriate to connect our idea to the Connected Construction Site”, Staiger said.

What are digital twins?

According to Nexer, digital twins are virtual copies of real objects, processes, places, and human behaviors. The copies are based on real-time data and are designed to simulate, analyse and improve. “By adding analyses and AI to digital twins, you can track what has been, improve what is today and predict the future. You can make digital twins out of pretty much anything; trucks, supply chains, wind turbines, and not least buildings”, says Carl Tönseth. The insights that come from the twins can help companies optimise processes and empower product development and improve customer experiences.

Another part of the digital twin project, linked to Sigfridsborgsskolan and known as the technical hub, is Microsoft’s Azure Digital Twins platform, based on the Internet of Things (IoT). Nexer Insight says it has been specialising in IoT and digital twins since 2013 and has worked with Azure Digital Twins since the platform was launched in 2018. “With Azure Digital Twins, you can easily model and create digital representations of connected environments using an open modeling language. The platform offers, among other things, a spatial intelligence graph that can track people, places, and things”, Nexer said.

“In the work with NCC and Nexer Insight, the focus has been on creating innovative and connected solutions to generate new opportunities and solutions in health, safety, and sustainability. The close collaboration and close dialogue have made it possible for us to support the work with Microsoft technology to solve challenges and maximize the potential”, said Therese Treutiger, Director Commercial Partner & Innovation for Microsoft Sweden.

NCC says that a “natural next step” would be to integrate more parameters into the digital twin, including energy consumption and climate. The hope is that more construction sites will then start working with digital twins.

“With more types of input data, I absolutely believe that we will see great positive effects of working with digital twins and that our customers also see the benefit of it; that it is something they are also beginning to embrace in the management phase. But for there to be a good continuation in this and other projects in the future, it is important to collaborate with partners who can work agile with improvements based on the production staff’s wishes. We have had that benefit in this project. The collaboration has worked very well with the partners we had”, said Claes Henschel.

Scharc also expressed enthusiasm for the collaboration in the future. “For us, it is important that the focus in the workflow is on the building. In this particular project, there have been 860 different people at the construction site. We want to work together even more in the future and ensure that the knowledge that is available to all these people benefits the building – in the digital twin – to be used by everyone involved”, said Sven Staiger. 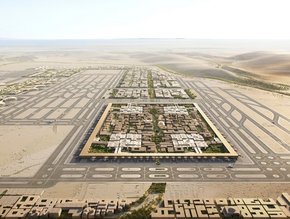