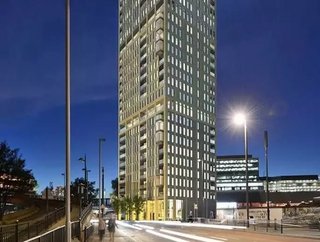 The boom in the London housing market and the citys expanding population has seen property developer Telford Homes more than double its profits in the l...

The boom in the London housing market and the city’s expanding population has seen property developer Telford Homes more than double its profits in the last financial year.

The demand for homes in the capital boosted Telford’s pre-tax profits for the year to end of March to £19.2m compared to a figure of £9m last year.

The company also expects to double its profits again by 2018. Cumulative pre-tax profits for the next four years are set to exceed £120m.

Domestic buyers were the largest group of purchasers in the year to end of March, accounting for more than a third of Telford’s 515 home sales

Telford will start work in September on a block of flats in Stratford Central after securing forward sales worth £70m, pre-selling 148 of the 157 homes in just four weeks following a UK-exclusive sales launch of the project.

The project, also known as ‘Angel Lane’, is expected to be completed in the year to 31 March 2018, and marks the first time Telford has completed forward sales four financial years in advance.

Telford Homes is focuses on the development of up-and-coming locations in the inner-city, outside of the ever-more expensive market in London’s centre.

As well as the acquisition of two large sites in Stratford, which will see more than 500 homes developed in total, Telford now has sites in Hackney, Tower Hamlets, Camden, Islington, Lambeth, Southwark and Barnet.

Telford is known to sell about a third of its homes to international investors, but said fears of a housing bubble in London were overblown, and that the imbalance between supply and demand inevitably led to increasing.

The share of purchases from foreign investors actually fell from 39 percent to 32 percent year-on-year.

It also make clear that while mortgage finance was more readily available in a recovering economic climate, lenders had learnt from the financial crisis and not returned to the days of handing out high interest mortgages, saying applications are “still carefully policed” and not comparable to 2007.

Jon Di-Stefano, Chief Executive of Telford Homes, said: “I am delighted to be reporting another excellent year for Telford Homes resulting in an enhanced forward sold position, substantially improved margins and pre-tax profits more than doubling.  Our development pipeline has increased to £875 million of future revenue, which is more than six times the revenue reported in the year to 31 March 2014”.