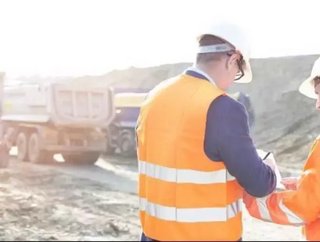 Following on from their meeting in the White House, Donald Trump and Canadian Prime Minister Justin Trudeau have collaborated on areas such as mutual tr...

Following on from their meeting in the White House, Donald Trump and Canadian Prime Minister Justin Trudeau have collaborated on areas such as mutual trade, security and current infrastructures, with the Gordie Howe International Bridge project becoming a key priority for both Canada and the US. We take a look at the top 10 facts surrounding the project.

1. The bridge will be constructed through a public-private partnership at a cost of 4.5 billion. Canada will primarily finance the entire project so it is completed without financial concerns, but will reclaim the money through an embedded toll plaza

2. Named after iconic hockey player Gordie Howe, the project will be set to begin in 2018, with studies to be undertaken to highlight the future economic climate upon its completion.

3. Construction companies who will be building the bridge are yet to be announced, but will be selected shortly. The Windsor-Detroit Bridge Authority has placed request for proposals from a number of teams to construct, design and finalise the bridge.

4. The Windsor-end of the planned bridge has been undergoing preparatory groundwork, with an investment of over $100 million, prior to the bridge’s construction. Materials have also been sourced within the site preparations.

5.  The project has not been met without challenge. Manuel Moroun, owner of the current Ambassador Bridge, is repeatedly seeking to block the bridges’ construction, citing it as illegal due to encroaching on the family’s land, but that it would also take away 75 percent of trade traffic who currently utilise the bridge, causing increased congestion within peak hours.

6. Being constructed through a public-private partnership aligns with Trump’s plan to undertake a multitude of US construction projects through this method, increasing risks in several areas.

7. Necessary land is currently being acquired on both sides, prior to the bridges’ construction, in order to eliminate any possible delays.