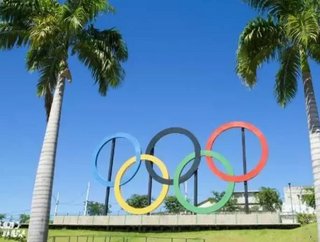 It has been anything but a smooth ride to the 2016 Olympic Games for the host country. Rio has faced a series of headaches in a bid to get the city read...

It has been anything but a smooth ride to the 2016 Olympic Games for the host country. Rio has faced a series of headaches in a bid to get the city ready for the Games. Brazil has had to deal with recession, outbreak of the Zika virus, impeachment of its President and the increasing level of crime. However, the most recent cause for concern is the serious delays in the completion of the subway line required to transport thousands of athletes and fans to sporting venues. This has put a spotlight on whether the sites and the transport links will be ready for sports stars and spectators on the 5 August. Ben Kilshaw looks at the challenges that have faced the Olympic Games so far.

The cost of making a location Olympic-ready usually exceeds original estimations – on average by a huge 200%. The Olympic officials in Tokyo have announced ahead of the 2020 Games that they cannot afford to construct the centre piece stadium. In Rio’s bid to host the Games they had promised 14 new venues and transport links, but these plans have been now impacted by the recession.

There are concerns that the subway and Olympic sites will not be completed in time for the Games, despite reassurances from Brazilian officials’. These concerns stem from the 14 new venues which were mere shells less than 12 months ago. Only one of the 14 new venues are currently complete; however, with construction staff working around the clock outside the tennis arena, Rio is doing its best to deliver.

In an attempt to make it easier to travel around the city during the Games, the planned extension of the Metro ‘Line 4’, ranging from the beach areas of the city to the Olympic Park has been set back. The original opening was scheduled for the beginning of July, but officials now say that the line is expected to open 1 August – just four days before the Olympic Games.

Have we seen this happen before?

It is clear to see that these sort of large-scale sporting events regularly come under criticism – Rio is not alone. 2014’s Sochi Olympics had to deal with numerous issues, in addition to the 2014 FIFA World Cup held in Brazil, yet both events were a huge success. Despite these concerns, Rio Olympic Officials remain optimistic that the Olympic Games will be a complete success.